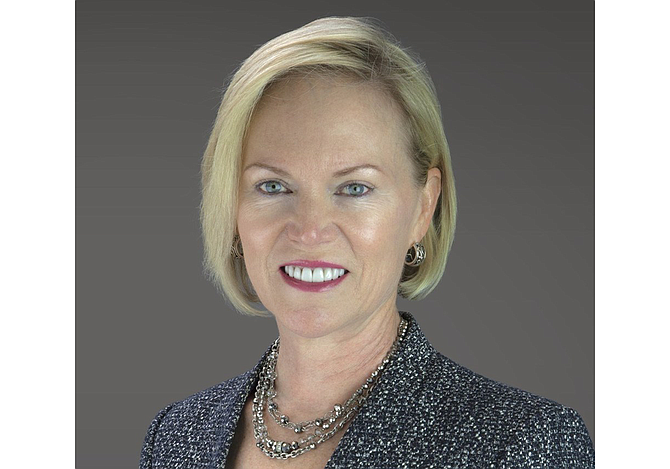 As a young girl growing up in Granada Hills, Penny Cotner took a look at mail-order electronics equipment kits addressed to her brother and figured she’d have a go at it, too.

“My brother got Heathkits in the mail and I remember picking one of them up one day and asking my dad if it was OK if I played with this,” she recalls.

“I could put it together and make it work just like my brother could,” Cotner said. “I really always just enjoyed science and math. It was easier for me than other subjects.”

It’s not just a hobby anymore for Cotner.

Today, she is president and chief executive of Irvine-based Infinite Electronics Inc., a global supplier of electronics components for wired and wireless communications networks.

Dun & Bradstreet estimates the privately held company, with a dozen brands under its umbrella, to have annual sales approaching $300 million. An Infinite spokesperson said that “since we are privately held I cannot confirm that number.”

The electronics distributor expanded in recent years via some sizeable acquisitions.

A 2017 deal, reported to be in the $110 million range, saw it buy the microwave telecom unit of London’s Smiths Interconnect, which gave it access to several businesses that provide components for cellular towers and core networks, including RadioWaves, which makes wireless and broadband antennas.

It’s subsequently shed some of the business it picked up in 2017, to “focus on our strategic growth areas and core strategy of providing a broad portfolio of products available to ship same-day, with readily-available technical support,” according to Cotner.

Infinite Electronics ranked No. 11 by local employee count, with 143 area workers, in the Business Journal’s July list of top telecommunications and wireless companies in Orange County. Companywide, the firm employs more than 1,000.

She says that right now the company isn’t large enough to go public, “but at some point in the future, who knows.”

Cotner received a Bachelor of Science degree in electrical engineering from California State University-Northridge and an MBA from the University of California-Irvine.

She worked as a draftsperson at Hughes Aircraft Co. early in her career and later worked for Rockwell’s Space Station Program and held a leadership role at electronics provider Arrow Electronics.

“I’ve always worked in male-dominated industries,” Cotner said. “I don’t have something else to compare it to.”

In 2013, she joined Infinite Electronics, whose customers for its components, assemblies and wired/wireless connectivity solutions include tens of thousands of aerospace, defense, electronics, medical and telecommunications firms.

The company’s offerings total more than 100,000 parts, according to the company’s website.

Infinite Electronics is a supplier, meaning that it provides a specific product to its buyers and customers. The company stresses that it is not a wholesaler selling goods in large quantities to retailers and others. It is not in direct competition with companies such as Irvine-based giant Ingram Micro Inc.

Infinite Electronics says its component supplies serve “the urgent needs of engineers” with its variety of brands, which offer a “portfolio of products ready to ship, and world-class technical support.”

“We are an essential business serving essential businesses” with seven locations in the U.S., one in Mexico and two in China, Cotner said. “We operate in what we refer to as the urgent-need space, meaning product on the shelf, get it out the door the same day.”

Operating in the urgent-need space presented the company with its share of challenges during the pandemic. The chief executive’s leadership was tested “pretty much every way,” though it also creates opportunity for employees, she said.

“It really brings out the best in people,” Cotner said. “People step up to levels that there just isn’t an opportunity really to see under other circumstances.”

She believes the challenges have turned out to be “silver linings” for businesses.

Shortly after the pandemic hit, the company’s office workers in the U.S. moved out of facilities and set up for work from home.

“That was something that was done and completed within a week,” said Cotner, who has still been working from home.

The company set up special measures to shield operations and production workers, including having two shifts, wearing masks, checking temperatures and having sufficient distance between employees.

While the country grapples with the effects of a deep recession, Cotner says the company is “holding up very well” financially with more growth on the way. 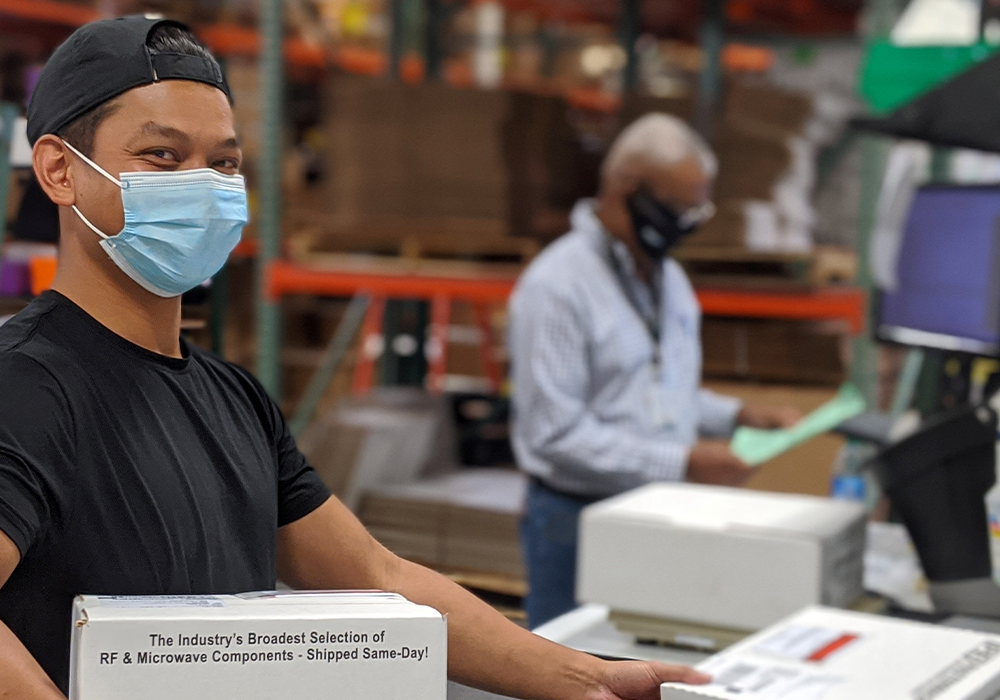 Infinite on the move

Earlier this year, the company’s two facilities in China “were shut down as was the whole country for a brief period of time.”

Most of the company’s production takes place in the U.S., she said.

The company’s production sites are in Irvine; Lewisville, Texas and Suzhou, China. Locations also include an R&D center in Idaho, a facility for some assembly work in Missouri and offices in North Andover, Mass. and Latham, N.Y.

The pandemic has changed the way she communicates after having spent a “good portion of [her] life at 35,000 feet” in airplanes visiting the various sites before the pandemic hit.

“We started doing cross-location events where people had for the very first time an opportunity to actually meet each other.”

Cotner is looking for the company to continue its strong growth.

“We’re outperforming the market,” she said, with a company customer base including military, aerospace and medical. “We have enjoyed double-digit organic growth historically. We have continued our acquisition path.

“We’ll continue to see very strong growth across the portfolio.”

Penny Cotner, CEO of Infinite Electronics Inc., says she likes to encourage young girls to head into science and related careers in the STEM areas—science, technology, engineering and mathematics.

“Many young women, girls especially, are sort of raised to think that this is out of their reach—that’s what the boys do,” Cotner told the Business Journal.

The peer pressure to fit in grows even worse in middle school, according to her.

The solution: “That really starts very early in life with young girls, getting them interested in technology and in the sciences and STEM programs and so forth.”

She wants to get “more involved” in that effort next year after the time pressures of this year.

“I would just encourage the possible,” she says of her message to young girls. “You can do anything. There’s no mystery here. You are easily as smart as the kid sitting next to you in class. So, take advantage of that. Take it forward.

“Don’t be convinced that you’re not capable of doing something.”