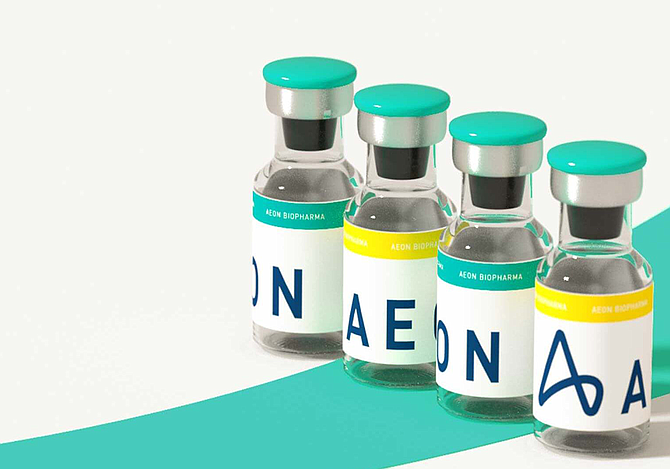 A newly unveiled drugmaker with roots in Orange County and ties to two of the area’s biggest names in the aesthetics industry—Allergan and Evolus Inc.—aims to inject novel therapies into the fast-growing neurotoxin market.

Aeon Biopharma Inc. plans to use a botulinum toxin—most often known as the complex behind Botox and other wrinkle-smoothing aesthetic products, but which also is used to treat numerous medical conditions—to commercialize therapeutic treatments for patients with disorders related to the nervous system, Chief Executive Marc Forth, a former senior vice president at Allergan, told the Business Journal. Forth counts 16 years with Allergan, and was most recently SVP of neurosciences, urology and medical dermatology; he also held marketing and sales roles within the organization.

“We want to take this fast-growing market and not only go after market share, but grow the market even further through innovation,” Forth said.

The neurotoxin market, split between therapeutic (58%) and aesthetic (42%) treatments, is expected to grow to $8.3 billion in the U.S. by 2026, according to a recent Fortune Business Insights report.

Aeon recently took a step closer to realizing its goals; the firm launched its first human clinical trial along with a $25 million investment from South Korean partner Daewoong Pharmaceutical on Sept. 2.

“These funds allow us to move to a clinical-stage company; to bring our operations to life and get clinical trials off the ground,” Chief Financial Officer Chris Carr, former finance chief of Seal Beach-based Dendreon and a controller for Abbott Laboratories, told the Business Journal.

Aeon plans to double its workforce to more than a dozen employees in the next year, tapping OC’s deep base of workers in the drugmaking industry.

The company is currently looking for a chief medical officer, according to its website.

“We’re most excited about the ability to build a company from scratch in the Newport Beach area,” Forth said.

The company has already assembled a notable team, including General Counsel Scott Akamine, who previously held legal roles at CoreLogic, Incipio and Allergan; Vice President of Technical Operations and Regulatory Del Stagg, an Allergan and Evolus Inc. alumnus; and Vice President and Controller Jane Wang, a former director of corporate reporting at Edwards Lifesciences and Allergan.

Alphaeon initially planned to offer a variety of products and services spanning aesthetics and ophthalmology, and was well funded by physicians. Early on, its board of directors counted several well-known healthcare and business leaders, led by one of OC’s most prominent medtech investors, Bill Link.

A once-envisioned IPO never happened, as the company underwent a reorganization a few years after its founding.

Murthy Simhambhatla, former president of Abbott Medical Optics in Santa Ana, was brought in as chief executive in 2016. A number of investors and directors including Link left Alphaeon in 2017.

In February 2018, Alphaeon spun out its neurotoxin subsidiary Evolus (Nasdaq: EOLS) in an initial public offering, which raised about $60 million in gross proceeds. Evolus is now valued at about $125 million.

The firm split into two business units: Aeon Biopharma and Alphaeon1 LLC, which holds shares in Evolus currently valued at about $32 million.

Both Aeon and Evolus are run by Allergan alumnus today; David Moatazedi, a 13-year aesthetics director at Allergan, was tapped to lead Evolus in May 2018.

“As a result of Allergan’s leadership, you’ve started to see formal spinoffs or talent that leaves to start new ventures,” Forth said.

“It’s natural to break into new areas with former Allergan employees looking to continue to bring innovation to the market.”

Evolus, like Aeon, counts backing from Daewoong Pharmaceutical. It got a $40 million investment from the South Korean company in July (see story, this page).

It’s the same toxin that is used in Newport Beach-based Evolus’ principal product, Jeuveau, which was approved for the U.S. market last year.

Aeon has a separate and distinct contract with Daewoong to develop therapeutic treatments for movement disorders, rather than the aesthetic uses which Evolus uses its product for, Carr said.

Daewoong’s investment in Aeon will automatically convert into about 10% of the company’s common stock immediately prior to an initial public offering, Carr said. He declined to provide a timeline for an upcoming IPO.

The company has sufficient funds to expand in 2021, Carr said.

Aeon plans to first seek regulatory approval for its product with the treatment of cervical dystonia, a rare movement disorder caused by the involuntary contraction of neck muscles and associated with pain and mobility issues.

The condition has a small patient population, with about 50,000 addressable cases in the U.S. It’s an important indication because cervical dystonia has established outcome measures and a predicable regulatory pathway, Forth said.

Aeon expects to kick off a Phase II trial, which will use components of telehealth and electronic diaries, in the first half of 2021. It will include some 60 patients across 45 sites in the U.S. and Canada.

Trials for two additional treatments are currently under review.

Evolus Inc., which touts itself as making a cheaper, more effective version of Allergan’s Botox that removes frown lines from faces, “exists to bring options and choice back to the market,” Chief Executive David Moatazedi wrote in a letter to clients last month.

“From the start, we set out to bring a new level of energy to the aesthetic neurotoxin market, which hasn’t seen a new market entrant in nearly a decade,” Moatazedi wrote.

The company reported increasing its purchasing account base to over 4,400 and reported $7.8 million in net revenue for its second quarter ended June 30, which also marked the one-year anniversary of the launch of its principal product, Jeuveau.

It reported revenue of $10.5 million the prior quarter, which saw less of an impact on sales from the pandemic.

He attributed the company’s growth over the past year to a series of industry-firsts such as transparent pricing, a stimulus program with flat pricing, co-branded advertisements for providers and a consumer loyalty program that provides greater savings for patients.

The company’s made a number of cuts in expenses during the pandemic-driven recession, including the elimination of 100 positions, according to regulatory filings.

Even though Evolus appears to be gaining a loyal following with the No. 3 market share position for its aesthetics product, it hasn’t had the smoothest entrance to the market.

Allergan and its South Korean partner Medytox brought a case against Evolus and its partner Daewoong Pharmaceutical to block the importation and sale of Jeuveau in the U.S. shortly after market approval in February 2019.

The U.S. International Trade Commission (USITC) on July 6 issued a ruling in favor of Allergan and Medytox, that Jeuveau was developed using trade secrets stolen by a former Medytox employee.

Evolus and Daewoong could be banned from the U.S. market for 10 years if the ruling gets confirmed; a full ITC commission vote is due next month.

Aeon Biopharma officials said the case could impact its own business, though they declined to comment further on the grounds that they are not named in the lawsuit.

In the meantime, Evolus is fighting back.

“This was a carefully constructed legal maneuver based on a licensing agreement with Medytox dating back to 2013. We believe there are serious flaws with this case,” Moatazedi said.

Evolus’ legal defense has laid out several arguments against the initial decision, including claims that the case is beyond the ITC’s jurisdiction and that Allergan has no legal standing in the case because it does not own or posses an exclusive license to Medytox’s trade secrets.