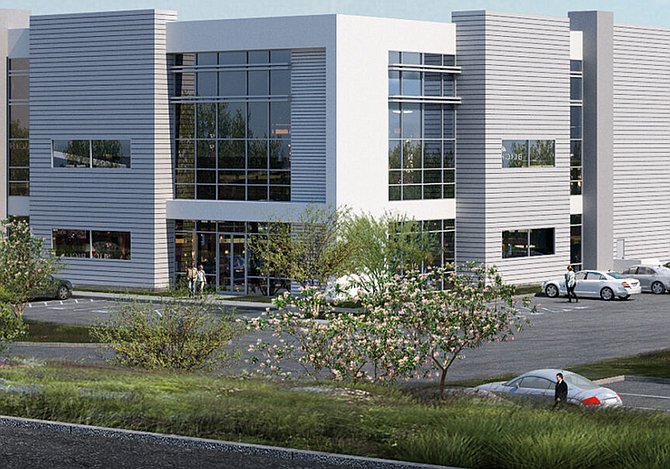 Rockefeller Group, a New York-based commercial real estate developer whose western U.S. operations are based out of Irvine, continues to be bullish on the Inland Empire industrial market.

Rockefeller is planning to break ground this month on the project, which will include two industrial speculative distribution buildings totaling 289,944 square feet and 333,553 square feet, respectively.

It paid nearly $20 million for the site from Newcastle Partners, which entitled the property prior to the sale.

It’s the second recent deal between the two companies; Rockefeller last year bought an 8.8-acre parcel in Moreno Valley from Newcastle, which operates locally out of Corona.

Camp’s career in Orange County’s commercial real estate industry includes prior stints at Greenlaw Partners and Voit Development Co., among others. In 2018, he was president of the SoCal Chapter of NAIOP.

Rockefeller plans to wrap construction on the project by next spring.

This is the second notable deal this year for the firm in the Inland Empire.

In January, Rockefeller paired with Irvine-based MBK Real Estate LLC to buy a 13.8-acre site in Fontana for $15.7 million, where it is building a 297,161-square-foot industrial facility.

Rockefeller previously partnered with MBK with the construction of Optimus Logistics Center, a 1.5-million-square-foot industrial facility in Perris that wrapped in 2018.

“We are seeing a continued decline in vacancy and strong gross and net absorption rates in the Inland Empire region,” said Marc Berg, Rockefeller’s vice president and regional director in the Western Region.

“We will complete construction of these two new buildings at a time when few buildings of similar size are anticipated to be on the market and when tenant demand is expected to be high.”

Industrial transactions continue to fare better than other commercial sectors as of late, with the e-commerce sector driving demand.

Orange County also appears to be on better footing than most U.S. markets, with industrial rents expected to grow 33% over the next five years, an average of 6.6% per year, according to CBRE Group data.

Growth in the market is “driven by the market’s infill supply and last-mile positioning,” CBRE notes.