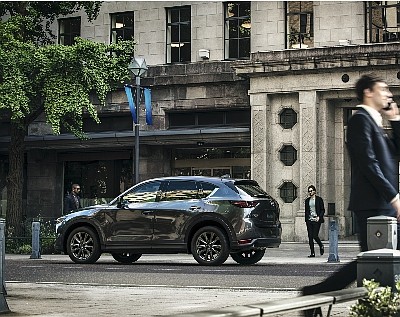 September vehicle sales for some of Orange County’s largest automakers ticked up, largely boosted by the popularity of the crossover and SUV segments.

OC’s largest automaker, by local worker count, Mazda North American Operations reported a sales spike of 28.7% to 24,237 vehicles in September. The CX-5 crossover sold the most in volume with 13,582 units sold, an increase of 20.9% from a year ago.

Kia Motors America Inc. of Irvine sold 55,519 vehicles, up 24.4% from a year ago. Sales of SUVs – namely the Seltos, Sportage and Telluride – drove the month’s performance.

Hyundai Motor America Inc. of Fountain Valley reported a 5% increase to 54,790 vehicles. Growth, like its peers, was seen in the SUV segment, which saw an overall 36% increase.

Luxury stumbled some with Fountain Valley automaker Genesis Motor America Inc.’s sales down 27.6% to 1,128. The automaker said it expects its new G80 sedan and first-ever SUV, the GV80, to roll out to the market in the fall.