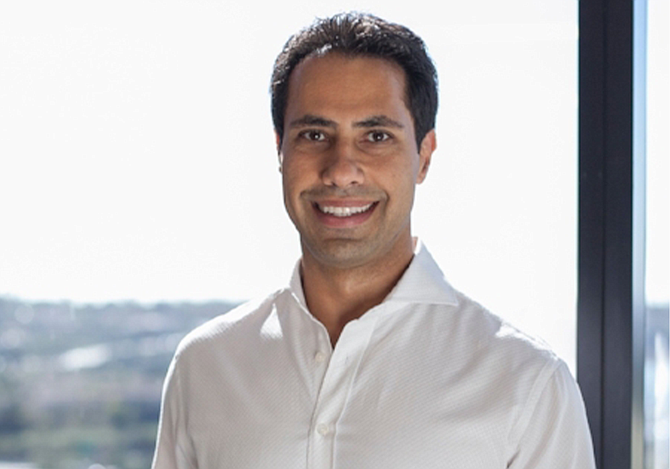 The deal, for a reported $75 million, is one of the more sizable transactions involving an Orange County-based startup firm this year.

Titan began operations in 2015. It joined up with Irvine-based venture studio Cie in 2017, when it had fewer than 10 employees and served school districts in five states. It now employs about 80, and bills itself as the country’s fastest-growing provider of school nutrition software products.

The platform also provides a lunch account for students, which allows parents to add money to the account and make notes regarding allergies and nutritional preferences.

Titan offers a unique “no fuss” platform that is cloud-based and works on any device, Cie Chief Executive Anderee Berengian told the Business Journal.

Titan now serves more than 4.5 million students across 700 school districts in 46 states, and has more than quadrupled its customer base since the start of 2019.

Linq has been an aggressive buyer of fellow educational-focused tech firms since getting backing in early 2018 from San Francisco-based private equity firm Banneker Partners, which invests in software firms.

Linq had an operational presence in Irvine prior to the acquisition. It said the deal with Titan “is an excellent opportunity to deliver K-12 school districts the innovative software solutions they need today and into the future” and will expand “the company’s growing presence across the U.S.”

Titan raised a $5.2 million Series A round—its first and only capital raise—in 2017, in a deal led by Cie partners Wavemaker Partners in Los Angeles and Springboard Ventures in Irvine. Irvine-based Rezven Partners, a venture firm where Berengian serves as managing director, also contributed.

With its customer base expanding rapidly, interested buyers started reaching out to Titan and Cie earlier this year, pre-pandemic.

Discussions of a sale slowed in the spring because of market uncertainty and school closures, Berengian said.

Some sense of normalcy returned as school districts began to reopen for in-person learning, while others opted to remain open to provide free and nutritious lunch to students, he said.

Once conversations began with Banneker Partners the deal took about three and a half weeks to close, according to Berengian, who said he negotiated the deal, rather than bringing in a banker.

The Titan-Linq deal is among the largest exits for a Cie (pronounced ‘see’) portfolio company in its 22-year history. Gaming offshoot Cie Games sold for a reported $100 million in 2014.

Other companies currently under the Cie umbrella include Performa Labs and Longéve Brands.

He met Berengian through a mutual acquaintance in 2017, when Titan had about four employees.

Cie came in, took equity in the company, and helped it “strategize, raise money, test the product, prove out the strategic vision and scale,” Berengian said.

Blankenship will retain his title as president of the Titan business unit now part of Linq, and the company’s 80 employees, many of whom work in cities where these school districts are located, will remain involved with Titan following the sale.

“As far as I’m concerned, local employees can keep working at our offices,” Berengian told the Business Journal. “Our companies are our family.”