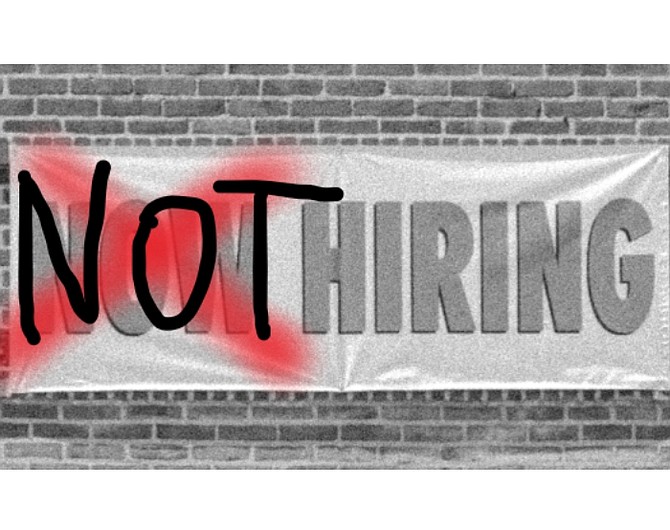 Orange County’s unadjusted unemployment rate soared to 13.8% in April as the coronavirus pandemic pushed losses to 222,400 jobs from March, according to the state Employment Development Department.

California’s April unemployment rate also jumped to 16.1% and the U.S.’s was 14.4%. The most recent numbers for the county, state and U.S. aren’t seasonally adjusted.

“The unprecedented job losses are like nothing before seen in California history in a current data series that dates back to 1976, and are a direct result of the impacts of the COVID-19 pandemic,” the EDD said.

OC nonfarm employment in April fell to 1.41 million from 1.64 million in March; all 11 sectors declined.

The biggest local decrease was 87,500 in leisure and hospitality, followed by 32,200 in trade, transportation and utilities, and professional and business services fell by 29,200 jobs.

The statewide decline was driven by leisure and hospitality, which lost 866,200 jobs.

The state’s other big job declines were in trade, transportation, and utilities, down 388,700, and education and health services, off 280,400.

Unemployment recipients totaled 1.89 million, up 1.46 million from March and 1.5 million from April of last year.