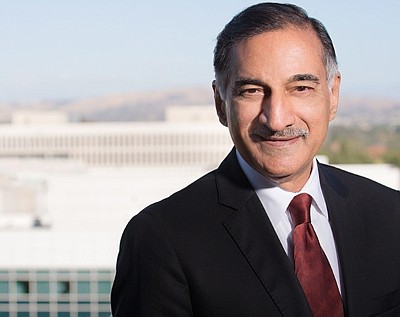 Almost a quarter of Orange County businesses expect to be at pre-pandemic levels by the end of the year, while the hiring and profit outlook has also improved, according to a survey conducted by economists at California State University-Fullerton.

The survey of expectations for the three-month period starting next Wednesday is one of the strongest indications so far OC may have turned the corner on the recession and is heading back to growth.

The overall outlook index, known as the OCBX, improved appreciably to 62.9 for the third quarter from 22.7 in the current three-month period.

“This is the most significant improvement in the index since the great recession of 2008-9,” said the researchers led by Anil Puri, the director of the university’s Woods Center for Economic Analysis and Forecasting.

While 24.3% of the businesses surveyed expect to get back to the pre-pandemic level by the end of December, a fifth think it will be after 2021, the survey said. Most others expect to get there by the middle of 2021.

Almost 23% of firms surveyed intend to increase their labor force, a huge jump over 3.8% in the last quarter, the survey said, while 58.6% intend to make no change. The number of companies planning to cut jobs fell from 50% in the last quarter to 18.6% in the outlook for the third quarter.

This survey of more than 500 OC business executives was conducted from June 19-23, with a response rate of approximately 14%.