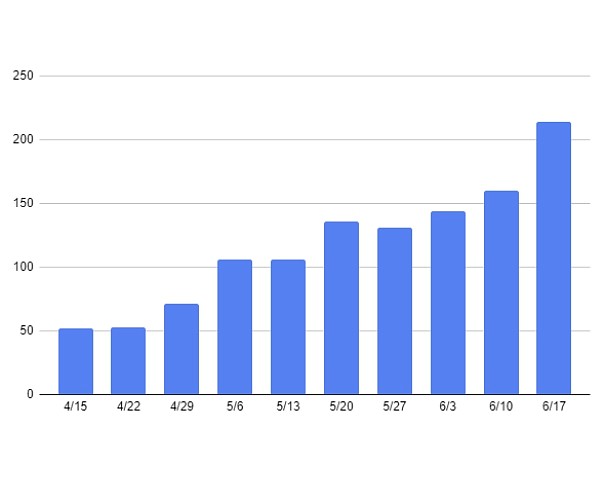 There were 214 average daily coronavirus cases reported in the past week, the second consecutive day in which average daily cases for the preceding seven days surpassed 200.

Wednesday’s average figure is up from 160 last Wednesday, and 144 for the week ending June 3.

Of the total cases, 1,003 are from senior living facilities, and 387 are from Orange County jails; just three new cases have been reported from OC jails in the past week.

Santa Ana, Anaheim and Los Alamitos continue to have the highest cases per capita.

For the week ending June 15, the last day hospital data was available, there were 303 hospitalizations and 141 ICU patients on average each day, up from 294 and 133 the week prior.