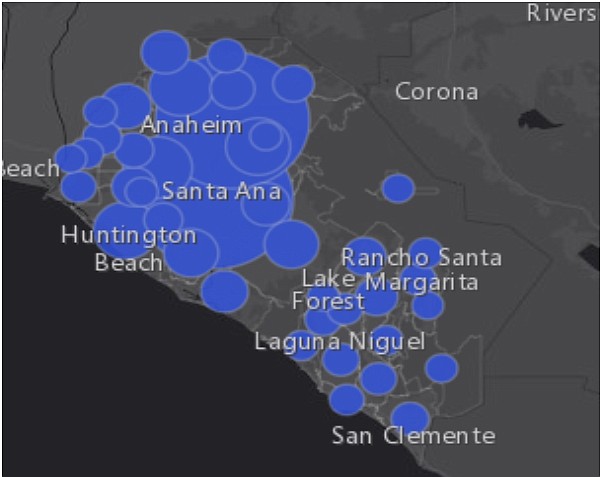 COVID-19 cases by city in OC

There were 622 average daily cases in Orange County in the two weeks ending Tuesday, which marks a 29% drop from the two weeks prior when there were 877 cases reported each day on average.

The decrease in new local cases marks a continuation of case declines for the county, which saw cases surge at the start of the summer.

Though testing has declined in recent weeks as well, it has not done so at the same rate as the case decreases.

The percentage of positive cases are also on the decline, with 11.6% of residents testing positive for coronavirus in the past two weeks, down from 13.4% the week prior.