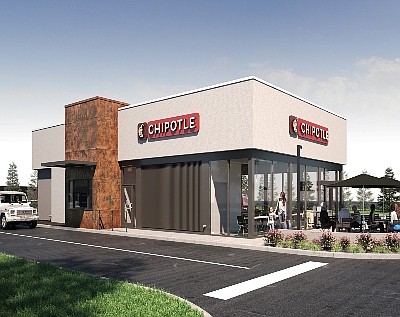 The digital channel continued to pop for Chipotle Mexican Grill Inc. (NYSE: CMG) in the second quarter as consumers continued to lean on the chain’s mobile and online ordering, along with third-party delivery apps.

The segment grew 216.3% from a year ago to $829.3 million during the three months ended June 30. The channel accounted for 60.7% of the Newport Beach-based company’s overall sales in the quarter.

Chipotle called out a boost in advertising, expanded digital offerings in Canada and partnerships with Uber Eats and Grubhub as factors driving the digital growth.

The chain, which counts more than 2,650 restaurants, performed better than expected in the June quarter beating analyst expectations on both the top and bottom lines.

Chipotle revenue was off 4.8% to $1.4 billion, which still topped the average analyst estimate of $1.3 billion.

The company’s net income totaled $8.2 million. That’s down from $91 million a year earlier, but more than the $5.4 million expected by analysts.

While same-store sales were down 9.8% in the quarter, the company noted the metric continues to improve from month to month.

Chipotle Chairman and CEO Brian Niccol was upbeat on the outlook for the rest of the year, noting in a statement, “We’ll continue to invest in elevating the digital experience, including opening more Chipotlanes, while innovating with new culinary offerings such as cauliflower rice, organic beverages and quesadillas. I’m confident we will finish 2020 with good momentum and be well positioned for the long run.”

Shares of Chipotle were up about 2% in after-hours trading to $1,185.27 following the release of its quarterly results. The company had a recent market cap of $33 billion.