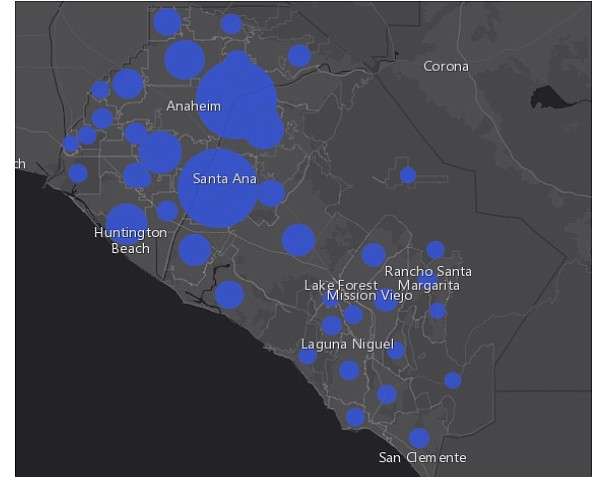 Anaheim and Santa Ana continue to account for a large portion of the county’s new coronavirus cases.

The two cities represented more than one-third of all cases reported in the past week, with nearly 10,200 cumulative cases, representing 36% of the 28,300 total cases in Orange County.

These two hot spots have received special focus from the county as of late, with an increase mobile testing facilities and increased education efforts, such as the Latino Health Equity Initiative, a recently launched effort aimed at advocating health and increasing awareness in these cities which have higher-than-average Latino populations as well as increased community spread.

Nursing facilities account for nearly half of the cases in Los Alamitos, attributing to the higher per capita rate, though La Habra has only four cases from nursing homes, out of a total of 648 cases.