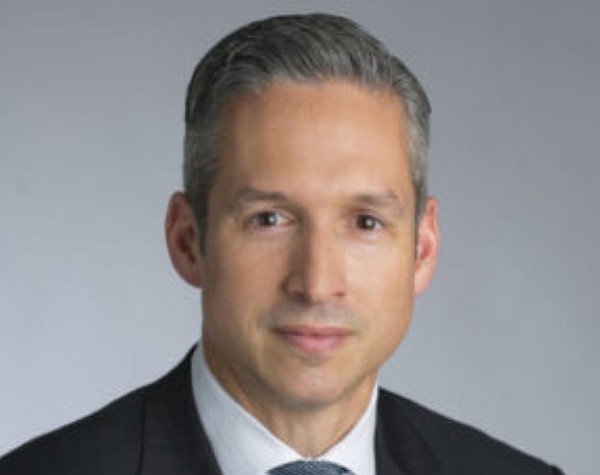 He oversaw the commercial launches of two of the most successful overactive bladder therapies in the U.S. as president of Americas Operations at Japanese giant Astellas Pharma Inc., where his unit generated $4 billion in annual revenue.

So why did Robinson decide to become chief executive of Urovant Sciences Ltd. (Nasdaq: UROV), a much smaller Irvine-based firm with no revenue?

“We have a really impressive team” of executives and board members, Robinson told the Business Journal.

Its principal medication that treats overactive bladder issues, vibegron, has “unique advantages” in the field of urology, a sector that hasn’t seen a breakthrough product since 2012, he said.

Robinson is betting on a company that thus far has not impressed Wall Street. After its initial public offering at $14 a share in 2018, its shares fell to around $7 twice in the past year and are now hovering around $10.33 at press time.

The company has a market cap of $303 million as of June 30, ranking it No. 38 on the Business Journal’s annual list of publicly traded companies (see list, page 12).

Analysts are expecting the company will get regulatory approval set for December and are projecting sales may explode from $15.7 million in 2021 to about $148.2 million in 2022.

Robinson is prepping for that growth, saying Urovant’s headcount will grow from its current 85 employees to more than 300 in a year.

And he’s planning to stay in Irvine, noting the company recently signed a lease for another floor at its headquarters at 5281 California Ave.

“Why anyone would ever leave Orange County needs to have their heads examined,” said the Chicago native. “The weather here is incredible.”

Robinson, who has a Bachelor of Science degree from DePaul University, began his career in 1992 at pharmaceutical giant Schering-Plough Corp., where he rose through the ranks to become vice president in charge of hepatitis sales. He said the 13 years he spent at Schering was like earning a Ph.D. in business.

“I was fortunate to have a fundamental foundation,” Robinson said. “I’ve had great mentors.”

He also worked as a president and chief operating officer at Paragon Biosciences LLC and served as CEO of Qlarity Imaging, a Paragon portfolio company.

He gained experience in earnings calls on Wall Street by serving as president and COO at Alkermes PLC (Nasdaq: ALKS), a $3 billion market cap company that develops drugs for people living with debilitating diseases such as schizophrenia and multiple sclerosis.

Robinson became familiar with Urovant after joining its board in 2019. The company on March 23 named Robinson CEO, taking over the spot from the company’s first chief executive, Keith Katkin, who will remain as an adviser for the next five years.

“Having worked closely with Jim on the Urovant board, I know he is the right leader at this stage of the company’s growth,” Katkin, former CEO of Aliso Viejo’s Avanir Pharmaceuticals, said in a statement at the time.

“Jim has the background, experience and entrepreneurial spirit to drive near-term shareholder value creation, as well as long-term success.”

Beginning in a Pandemic

It’s been unusual taking over in the middle of a pandemic, Robinson said.

“This is my first week in the office,” Robinson told the Business Journal during a June 18 interview following the company’s fourth-quarter earnings call.

Like other companies, Urovant has had many of its employees working from home and is planning on having them return to the office only if their health can be assured.

He’s been busy recruiting talent from his previous employers. He convinced Walt Johnston to take on the role of senior vice president of commercial “to help drive” the pipeline. Johnston was senior VP of the Urology and Hospital Business unit at Astellas Pharma. Johnston also spent 18 years at pharmaceutical company Pfizer Inc., including as a worldwide marketing group leader and director of the blockbuster cholesterol Lipitor drug.

Robinson said he has three keys to success: people, product, and process.

“You never succeed without a team,” he said. “The product must have a meaningful impact on patients.”

Then the process of moving a drug through development should “eliminate the bureaucracy and baloney that gets in the way.”

The company’s principal therapy is vibegron.

More than 30 million Americans are affected by urology problems, Urovant said in its annual report. In 2018, over 18 million prescriptions for oral overactive bladder medications were written for an estimated 3.3 million patients in the United States.

Urovant’s Phase 3 clinical trial, called “Empowur,” demonstrated the drug has met all seven key secondary endpoints. However, there was skepticism on Wall Street that the drug failed to clearly outperform generic medication and Urovant shares fell 28% to below $10 in the two weeks following the Phase 3 news.

Robinson said vibegron’s key edge is time. The current treatment for overactive bladders is a therapy that takes up to two months to work, he said. As a result, out of 3.5 million patients on the current therapy, about a third will drop out, he said.

“There’s this leaky bucket because of dissatisfaction in the market,” Robinson said.

By contrast, vibegron in its Phase 3 trial demonstrated a two-week onset of efficacy.

Urovant has submitted the drug to the FDA, which has a set a deadline of Dec. 26 to approve the medication.

“From that point on, we’ll be generating revenue,” Robinson said.

Its second product candidate, URO-902, is a novel gene therapy that it is developing for patients with overactive bladder who have failed oral pharmacological therapy.

The June 18 fourth-quarter report was Robinson’s first time managing an earnings call as CEO of a publicly traded company.

“I thought we had a very successful year capped off by a successful quarter,” he told the Business Journal.

Urovant, however, is racing against time.

Robinson said the company won’t be raising cash at this time and instead will be relying on its loan facility. The company in January received a $300 million facility with Sumitomo Dainippon Pharma Co. (TYO: 4506), one of Japan’s largest pharmaceutical companies with a market cap topping $8 billion.

Sumitomo, which also has an investment stake, said it expects to continue to support Urovant “through profitability.”

Robinson declined to say when the company could start making a profit. Analysts are predicting losses to continue in 2022.

One of his biggest fears that keep him awake at night is disappointing the employees.

“I want to make sure that I do right by the people who have joined us,” he said.

Urology may well become the next synergistic industry in Orange County.

Besides Urovant, three other notable companies are also focusing on urology:

The technology is “a breakthrough,” according to Scott Garrett, former chairman and chief executive at Brea-based Beckman Coulter Inc.

Garrett is a senior operating partner at Chicago-based Water Street Healthcare Partners, which last year invested in Pathnostics on undisclosed terms. Water Street, which typically invests in companies with revenue between $50 million to $500 million, last year described Pathnostics as a “fast-growing company.”

Pathnostics, which now has more than 100 employees, was co-founded in 2011 by Chief Executive Dave Pauluzzi.

• Axonics Modulation Technologies Inc. (Nasdaq: AXNX), the Irvine-based maker of devices to help control bladders, in May reported its first full quarter of commercial results following FDA approval of its r-SNM System. Axonics on May 5 reported first-quarter revenue of $26.3 million, which beat the analyst estimate of $15.1 million.

The company in May was also able to raise $130 million in additional capital to support its commercialization in North America and Europe.

Since the company’s IPO last year at $15 a share, its shares have more than doubled to $38.49 and a $1.5 billion market cap, ranking it No. 19 on the Business Journal’s annual list.

The clinical endpoint trial may be concluded this year and it will then be submitted to the FDA for approval.