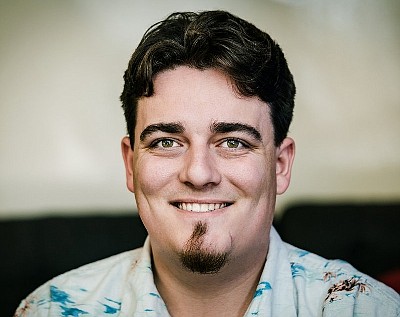 A quick recap of some, but certainly not all, of Palmer Luckey’s more notable activities in 2019:

• Got married and livestreamed the ceremony using virtual reality technology;

• Took Irvine’s Blizzard Entertainment to task (via Twitter) for their heavy-handed actions against a professional gamer supporting protesters in Hong Kong, had earlier suggested local employees cut by the software giant come work for his firm;

• Appeared at length on CNBC during one of the better-performing days for the stock market, racking up a huge amount of free press for his company;

• Spoke at Simi Valley’s Reagan National Defense Forum alongside Amazon’s Jeff Bezos and other notables, was “the only attendee wearing sandals and shorts,” noted a Washington Post story, and;

• Capped a Business Journal Excellence in Entrepreneurship award thank-you speech in March by throwing shade at Silicon Valley, saying that area’s “weather is worse, the people are worse, the costs are worse,” than in OC...

Take 1 minute to subscribe and you'll get this story immediately, plus: Yours for only $99
For digital licensing requests for this article, Contact Kim Lopez