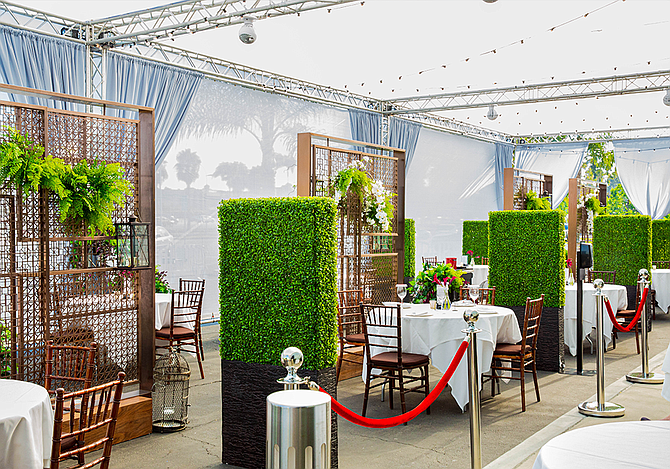 Business owners in Orange County and statewide are begging the question following last week’s regional shelter-in-place order, which rolled back a patchwork of restrictions unevenly hitting industry sectors and setting off a new wave of temporary closures, furloughs and exasperation, particularly in one of the hardest hit sectors this year: restaurants.

Operators had braced for the restrictions, triggered when intensive care unit availability dipped below 15% for Southern California, but wonder how much more their industry and workforces can take.

California’s latest order requires restaurants to go back to delivery and take-out only, removing the dining outside option (see stories, pages 18 and 20).

The sticking point for many is the fact that retail, albeit at limited capacity, is allowed to remain open, along with other sectors, such as airlines.

“This one-size-fits-all approach is not right and it doesn’t work,” said Labbate, who along with business partner Amar Santana were named the Business Journal’s Restaurateurs of the Year in early March. “Outdoor dining is banned, but airlines are operating and airports are open, as is music, film and TV production. What are the politicians thinking, or do these other industries simply hire the best lobbyists?”

“We’re not the problem and that’s the issue,” said Tustin-based Wahoo’s Fish Taco cofounder Ed Lee. “[Gov. Newsom’s] got to stick to the science and we’ll follow it with him, but he’s lost our confidence. He changed the ballgame one more time because he put us in [regional] sections, [and it] doesn’t make sense to penalize San Luis Obispo County [along] with L.A.”

“You cannot lump Orange County with L.A. Hell, no,” Lee said. “And nothing’s being enforced strongly so that puts us in a really weird position, because we want to follow the guidelines but we’re losing faith in him.”

Orange County Sheriff Don Barnes said Dec. 5 that “compliance with health orders is a matter of personal responsibility and not a matter of law enforcement,” in confirming the department would not enforce mask wearing, gatherings or the stay-at-home order.

Some restaurants continue to keep their tables open for dining, such as Basilico’s Pasta e Vino in Huntington Beach and Eat Chow in Costa Mesa and Newport Beach.

Fountain Valley-based Slapfish founder Andrew Gruel has been the most outspoken locally after confirming his restaurants’ outdoor dining would remain.

Gruel’s viral social media videos—including some choice words for the governor—have gained national media attention after challenging the logic of the order’s restrictions on restaurants. He’s continued with that messaging, posting last Wednesday, “It’s not defiance of an order; it’s a strategic attempt to maintain employment for our staff ahead of the holidays, something our politicians know nothing about.”

The California Restaurant Association said in late August between 900,000 to 1 million restaurant workers have either been permanently or temporarily laid off since the start of the pandemic. The state’s restaurant industry employed 1.4 million pre-COVID. About a third of restaurants surveyed by CRA said they would likely close permanently or consolidate in response to the pandemic.

Costa Mesa-based King’s Seafood Co., whose portfolio of restaurants includes Water Grill next to South Coast Plaza, last week said it would furlough 1,400 workers as a result of the latest order.

Disney-owned restaurants in the Disneyland Resort closed, causing about 350 furloughs. Knott’s Berry Farm, while confirming its park would be closed for the popular Taste of Merry Farm event through Dec. 26, declined to comment on how much of its workforce would be impacted by the temporary shuttering.

Irvine-based Kura Sushi USA Inc. (Nasdaq: KRUS) said last week its CEO would extend his temporary 30% salary reduction, originally set to expire at the end of the year, by another three months. Temporary base salary reductions for the company’s CFO, board and compensation committee were also announced.

Wahoo’s has had about 300 people furloughed since the start of the pandemic, according to Lee.

“We don’t have the front of house staff anymore. It breaks my heart,” he said. “I mean, these people need their jobs.”

Kelly Ellerman, chief people officer at King’s Seafood—which operates King’s Fish House and Water Grill among other concepts—described the impact of restrictions as “devastating to so many during the holidays and it was so hard to make this decision for the second time this year.”

Nineteen of the company’s restaurants were affected by the stay-at-home order, which accounts for 85% of its hourly workers.

Takeout and a recently renewed pop-up market program at Water Grill at South Coast Plaza along with King’s Fish Houses in Calabasas, Laguna and Rancho Cucamonga are aimed at keeping as much of its staff employed, Ellerman said.

“We are hopeful this is a short-term solution to a long-term goal of getting everyone back to work,” she added. 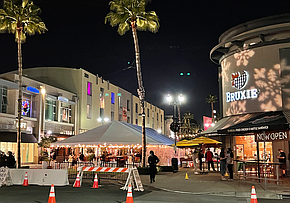 Owners and operators of restaurants already invested into business modifications when they were initially allowed to reopen dining outdoors earlier this year. Plexiglass, tents and heater expenses have also joined the 2020 budget for many restaurants, alongside gloves, hand sanitizer and facemasks.

Labbate said the cost of propane alone to fuel his restaurants’ outdoor heaters has been about $10,000 monthly.

“Of course, because the supplies are in high demand, they are expensive now, and restaurants were already on a small margin,” he pointed out. “Now with the added purchases and operating occupancy to barely 40% and now to-go only, plus all of the investments that we have put in the patios with the hedges, heaters, plants and propane—it’s quite a substantial investment.”

Vaca Group includes Costa Mesa’s Vaca and The Hall Global Eatery and Laguna Beach’s Broadway by Amar Santana. The group is footing the bill for employees’ health insurance for the next two months, hoping they are back by then but Labbate said “we will keep covering them until we can no longer afford it or when the loans are running out.”

“Losses are imminent every month and we are hoping to weather the storm as much as we can, but really don’t know for how long,” he said.

Thousands have been spent on PPE and outdoor dining for upscale multi-unit operator House of An, including $4,000 high-tech temperature measures, custom acrylic dividers at $900 each and more than $30,000 spent since March for gloves. Then there’s also the issue of time invested.

In the case of its restaurant AnQi at South Coast Plaza, the restaurant had to get permits and approvals just to put up a tent in the parking lot. The cost for custom tenting has been in excess of $65,000. The overhead versus what’s coming in isn’t penciling out and AnQi will have to go through layoffs, House of An CEO Elizabeth An said.

“AnQi is fine dining. It is not feasible for a fine dining establishment to adjust to a to-go business model abruptly like this,” An said. “We’ve had barely any business and scraping $2,000 a day when our overhead is $6,800 at a bare minimum. Restaurant workers live on tips and continuing like this, they will lose even more faith in us, and faith in the industry as a whole. The state’s approach is poorly managed and disorganized.”

An’s been advocating for something similar to the health code grading system restaurants are already subject to, but specifically for COVID. The idea is individual restaurants would be assessed based on health and safety implementations. Those who pass, can remain open. Those who don’t, can get themselves up to code.

“As a human first and a business owner second, of course, we want our employees, guests and neighbors to be safe—that goes without saying,” she said. “But we wholeheartedly disagree with the illogical blanket measures being forced upon the restaurant industry when some of us are going above and beyond to keep people safe.”

Labbate had one other suggestion: “The state is deferring taxes; they should eliminate them since they are mandating our businesses to shut down.”