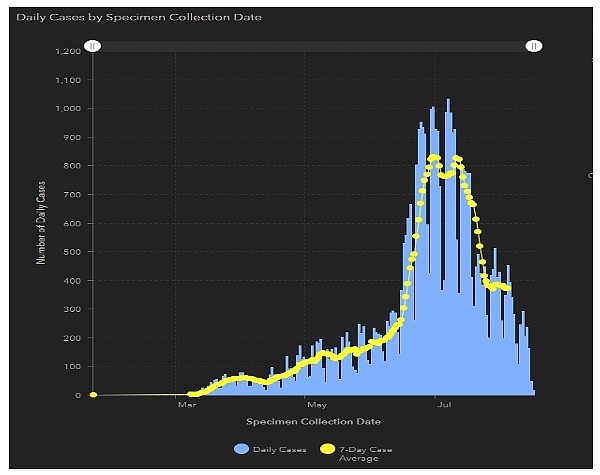 As San Diego county is removed from the state’s COVID-19 watch list, Orange County could be next, as the region continues to post improving metrics less than two months after being placed on the list.

The state had paused monitoring counties as a result of ongoing testing database glitches, but recently resumed the list after the issues and backlog were fixed.

San Diego county was removed from the watch list on Tuesday, a few days after the region’s case rate fell below the state threshold of 100 per 100,000 residents.

Orange County was placed on the state watch list on June 29, primarily as a result of increasing cases and hospitalizations.

The county is also seeing improvements in two other metrics: hospitalizations and the positive testing rate.

The state tracks whether counties have seen a greater than 10% increase in the three-day average of hospitalized patients. Currently, OC’s average is down 4.8%.

Orange County currently has a 6.2% positive test rate, 1.8 basis points lower than the state’s threshold of 8%.