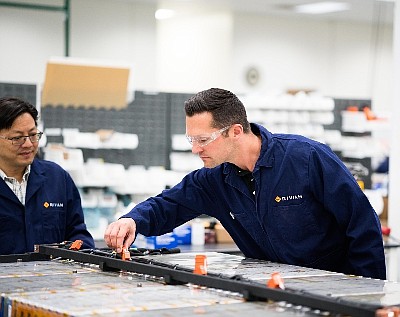 Ford Motor Co.’s luxury badge Lincoln said it has cancelled its plans to build an all-electric vehicle on the Rivian Automotive platform.

Lincoln Motor Co. cited “the current environment” for the decision to not move forward on the project.

Ford reiterated “future plans will include an all-electric vehicle” for Lincoln.

Rivian, which has sizable operations in Irvine, has raised nearly $3 billion to date with investors that include Ford, Amazon and BlackRock.

The company’s electric vehicle platform, often likened to a “skateboard platform” because of its resemblance to a skateboard deck, would have been used in the Lincoln project.

As more legacy vehicle makers explore electric vehicle production, some are turning to younger companies like Rivian for the technology.

Another local automaker, Irvine-based Karma Automotive, has also been keen on pushing its own electric platform to others in the industry.

The company at the end of March revealed its E-Flex chassis, followed by announcements on a prototype van and supercar built on the platform.