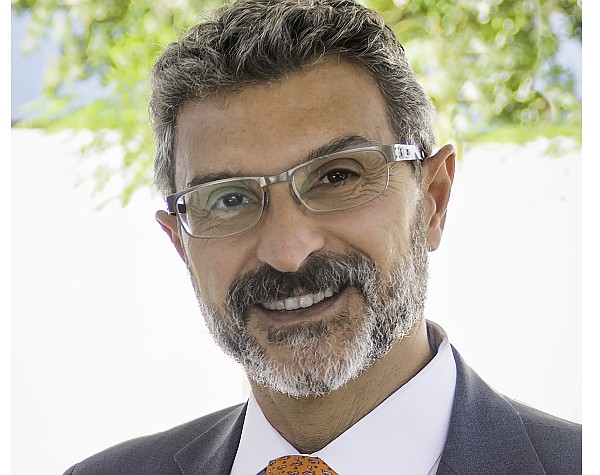 Last week, the chief executive of Irvine’s FivePoint Communities and one of Orange County’s most prominent business leaders had another line of work: doing clandestine business deals out of the trunk of his car.

High-quality and hard-to-find face masks acquired via “a guy that knows a guy,” said Haddad, who had just stopped by the bank to get a cashier’s check for the items.

The masks he was buying—5,000 in last Tuesday’s transaction, one of the smaller deals he was to eventually make over the course of the week—typically run $2 apiece. It’s not typical times, though. Haddad said the negotiated fee was a marked-up price of $6.50 a mask.

In the end, the “price doesn’t matter,” he told the Business Journal, which had reached out to hear about FivePoint’s business plans during the pandemic (see story, this page).

“I’m buying the masks to donate them” to area hospitals, police and fire departments and others in OC who are on the front line of the COVID-19 crisis and in short supply for these types of products, said Haddad, who was also using his myriad connections in the community to find hand sanitizers and other essential products he could then distribute to those in need.

“I want to help the medical community, the police, and the firefighters. I also want to help my residents (at Irvine’s Great Park Neighborhoods),” said Haddad of his newfound side job. “You work where you can make the biggest impact.”

For area residents, a mobile testing facility for the coronavirus could be set up at the parking lot of FivePoint’s office campus in the coming weeks, he said. It would be run in tandem with City of Hope (see story, page 23).

Delivery of the masks was expected in a week or so. The plan was to divvy up the supplies equally between several area hospitals and other workers on the front line of battling the virus, he said.

An underground supply chain isn’t new to Haddad, who was a teenager in Beirut during the start of the Lebanese Civil War and saw how the normal rules for logistics don’t always apply in tough times.

Recent events here remind him of his former life, he said.

“During times like these, the supply chain [is managed] on the ground,” he said. “It’s about relationships, and people with relationships.” One recent transaction was the result of talking to “a friend who owns gas stations,” he said.

“My days in the war … I think that helped train me to deal with these types of issues.”

Haddad wasn’t espousing that every other area executive use his approach during the current COVID-19 crisis.

But there are ways each can help, he said.

“Look, this is an area of means. If everyone can adopt three, four, or five families and look after them. If they can help the police, the firefighters, the medical staff. If they can look after their own universe, then we can help a lot of people.”

“In my case, I’m just trying to give people a path on how they can help.”