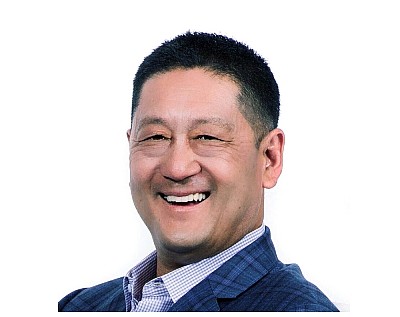 Alignment Healthcare, which began in 2013, is well on its way to becoming a billion-dollar business.

The Orange-based company, which sells Medicare Advantage insurance to people enrolled in Medicare, reported $703.5 million in revenue for the 12 months ended June 30.

The company, which currently has more than 60,000 members, last month announced a plan to double the footprint of the territories it covers and the number of plans it offers in the 2020 enrollment cycle.

It’s going to offer preferred provider organization (PPO) plans to give more choices to seniors. It’s aligning with Sutter Health, a giant non-for-profit provider of healthcare, to double its market in Northern California. The company is expanding its ACCESS On-Demand Concierge "Black Card” that currently helps members buy things such as over-the-counter drugs to other products such as purchasing groceries.

Kao attributes the fast growth to the company’s motto.

“It’s the simple fact of treating every member as if they were my mom or dad. The value of the company is putting that first and doing whatever it takes to satisfy that member.”

Kao has an extensive background in the healthcare industry.

He and other investors in 2006 acquired Downey-based CareMore Medical Enterprises Inc., where he became president. It was sold for about $800 million in 2011 to Indianapolis-based WellPoint Inc.

In 2013, he began Alignment Healthcare to build a “patient-centric health care company” that would focus on high-risk patients who have complex medical problems.

The company developed a platform, Alignment Virtual Application, or AVA, an artificial intelligence-driven “command center.” The platform, which is designed to scale, has more than 100,000 unique data signals per member that identify changing care needs in real time to provide care when and where seniors need it most.

Alignment patients are monitored wirelessly at their home for items like weight, heart rate, blood sugar and blood pressure information. The platform then uses this data to triage each member every 30 minutes, 24 hours a day—identifying any signs for needed immediate intervention or changes in care—from oxygen deficiencies to lapses in medication pickups.

The goal is to reduce the average length of hospital stays for its patients and continue to manage care after discharge, whether at home, a rehabilitation center, or another facility.

“If we provide the care at home using technology and monitoring tools, we can take better care of them and at a lower cost,” Kao said.

Medicare Advantage plans, which are required to cover traditional Medicare expenses such as doctor visits and hospital costs, are popular because they offer extra coverage for things like vision, dental and hearing exams, and prescription drugs.

Alignment is in an industry that is clearly growing. Kao estimated the current population of 60 million individuals older than 65 will increase to 75 million in a decade and 95 million in 25 years.

Those opting to buy health insurance through Medicare Advantage will rise from about 40% to more than 50%, Kao estimated.

“As the country ages, the selection of products such as ours is going to increase,” he said.

“Southern California has more seniors than 43 other states in the country,” he said. “It’s a huge and growing market.”

The company has won converts.

It’s convinced two former top Medicare administrators—Dr. Mark McClellan and Andy Slavitt—to serve on Alignment’s board of directors. McClellan is the author of the 2004 act that expanded coverage such as prescription drug benefits, Kao said. Slavitt is credited in 2013 with turning around the poorly performing government website, healthcare.gov.

“They fundamentally believe our motives and that the model is right,” Kao said.

Private equity firms General Atlantic Service Co. and Warburg Pincus LLC have invested more than $240 million in the past five years. Other equity firms are often talking to the company, Kao said. Part of its options may be an initial public offering one day.

“We’re growing at 40% compounded annual growth—I expect that level of growth to continue,” he said. “We are very technology enabled. We still believe care is delivered by doctors and nurses. We will be profitable next year. It’s an interesting dynamic.

“Not many people have seen an organization like ours,” he said.

John Kao is on the front lines of the debate about whether the government should take over the healthcare insurance industry.

As the CEO of Alignment Healthcare, which sells Medicare Advantage insurance to people enrolled in Medicare, he closely follows the debate, which is led by Democratic Party presidential candidate Bernie Sanders.

“Our people on the Hill say the likelihood of that happening are low,” Kao said.

For one thing, the cost to provide the coverage will be too high. Another factor is that voters in both political parties in key swing states like the benefits provided by Medicare Advantage, he said.

“The reason we think it’s survivable and growing is because it’s bipartisan,” he said.

A deal may eventually be struck such as lowering the minimum age for Medicare from 65 to 55.

“If you provide a high degree of quality and do it in more efficient way at more affordable costs, it forces the marketplace to do the right thing.”