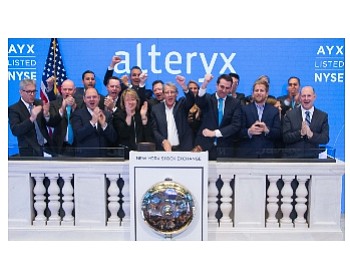 Revenue increased 65% to $103.4 million while adjusted profit was 24 cents a share for the three months ended Sept. 30. Analysts had expected revenue of $90.5 million and adjusted earnings of 9 cents per share, according to Yahoo! Finance.

After the results were released, Alteryx jumped as much as 5.9% per share to $96.14 per share in after-hours trading, briefly making up much of the losses incurred at the close of the day’s regular trading. The price later settled back to $94.27 a share for a 2.7% gain.