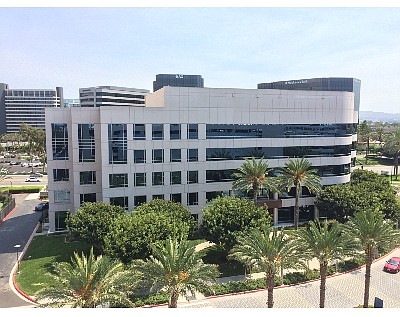 WeWork’s botched IPO plans have, in six short weeks, cost the company’s chief executive his job and the jobs of a number of his cronies, likely ended the hyper-aggressive growth push of Orange County’s fastest-growing coworking company for the immediate future, and even prompted bankruptcy speculation of the 9-year-old firm, which this summer had an internal valuation of $47 billion as it prepped to go public.

In OC, competitors and other real estate industry watchers see opportunity arising from the abrupt turn of events.

“There has been no other company in the coworking spaces that has acquired and repositioned more failed or distressed centers than Premier Workspaces,” said Jeff Reinstein, CEO of Premier Workspaces, an Irvine-based operator with about 90 locations in its portfolio.

Premier has a track record of benefitting from the errors of other coworking companies. The firm got its start by acquiring American Office Centers and its nine locations after it filed bankruptcy in 2001.

Premier has long been OC’s largest operator in the shared space and executive suite sector, although the title appeared likely to shift to WeWork over the course of the next year.

Others Could Step In

The big question locally, among commercial real estate watchers: Will those locations all open, and if they do, will they be WeWork spots?

If WeWork does default on some of its lease obligations, this could open a door for other operators to come in, according to Allison Schneider Kelly, a senior vice president at CBRE Group Inc.’s Newport Beach office.

If the market is left with large swaths of office space vacated by WeWork, “other companies could see that as an opportunity.”

“Orange County is very entrepreneurial, with smart landlords and operators that are poised to step in,” said Schneider, whose brokerage firm has its own coworking space offshoot ramping up.

Called Hana, one of its first spots nationally will be in Irvine’s Park Place. More Hana locations are possible in the area, company officials previously told the Business Journal.

Despite WeWork’s woes, no one’s questioning, publicly at least, the viability of the coworking sector as a whole, which in OC now nears 2 million square foot, according to Business Journal data.

That’s up nearly 64% from two years ago.

“We definitely still see the benefit to partnering with coworking operators, and right now our focus is getting WeWork’s space here built out and operating,” said Parke Miller, executive vice president at Lincoln Property Co., which oversees roughly 6.1 million square feet of office space in OC.

Lincoln, a Dallas-based company that operates locally out of Costa Mesa, is a national partner for WeWork, and signed its first local deal with the company in June.

That deal, a 51,714-square-foot space at the two-building Redstone Plaza in Newport Beach is still on track, Miller said.

The space is expected to open by December.

Spectrum Terrace will be the fourth WeWork location at a local Irvine Co. office; the other three are performing strongly and have seen a heavy base of users, sources familiar with WeWork’s operations told the Business Journal.

Newport Beach’s Irvine Co. would appear to have a backup plan in the works, if a worst-case scenario takes place at WeWork and the company sheds leases.

In August, executives with the company’s office division told the Business Journal that Irvine Co. was planning its own version of a flexible-space offering in the upcoming months; additional details haven’t been disclosed yet.

In theory, the privately held firm, OC’s dominant landlord, could operate any spaces given back by WeWork through the new business offering.

“I have been in the shared workspace industry for 20 years and haven’t been able to get WeWork’s business model to pencil,” Reinstein told the Business Journal. “Based on the [IPO paperwork] and recent press, it didn’t.”

The company reported an operating loss of $1.4 billion in the first half of this year after racking up $1.9 billion in losses last year.

WeWork went wrong, Reinstein said, by taking up too much space per location, signing leases at top of the market rents, then spending too much money improving the space and renting them at too low of a price.

“They should have made sure that their model was profitable before expanding so rapidly,” said Reinstein, who has several ideas on what WeWork’s next steps should be (see story, this page).

He speaks from experience: the company has been profitable, or broke even, in all 17 years of operation and has zero debt.

The company said it has taken over and repositioned more than 60 shared workspace centers since, most of which were distressed.

They have “done a lot of great things for the industry, including improving center layout and design, increasing awareness and bringing large corporations into the fold as customers,” Reinstein said.

The company also said in a statement last week that it expects “the [leasing] pace to slow over the next several quarters as we focus on strategic expansion and profitability.”

It has indicated its retrenchment plan will result in focusing on its core markets for now.

OC’s a core market: WeWork’s SoCal portfolio, including locations in L.A., Irvine and Costa Mesa, represents one of the company’s seven largest markets, according to its shelved IPO paperwork. It said it has about a 0.5% market penetration in the region.

Irvine’s 2211 Michelson office, where WeWork has a lease for 71,076 square feet but has yet to open, could be the area office to watch over the next few months. It was listed for sale earlier this year; a buyer hasn’t been announced yet.