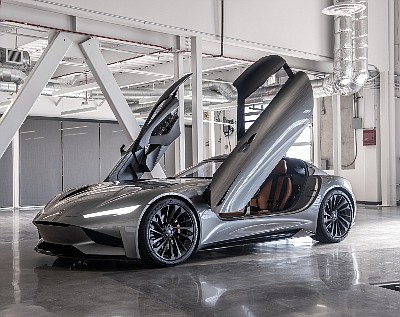 The Revero GTS is an upgrad on the Revero GT, which came out this year. The Revero GTS, built in the company’s Moreno Valley plant, includes tech enhancements, such as a smart steering wheel and audio system. Prices start at $149,950, with production expected to start in the first quarter.

Karma’s L.A. press conference also included the reveal of its SC2 concept, which CEO Lance Zhou called in a statement, “a signpost to our future as a technology-driven brand,” adding it “previews our future design language.”