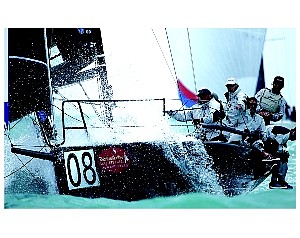 Carrick Capital Partners LLC in the past 90 days has successfully exited its first three portfolio companies.

Fast-growing software companies are receiving valuations of 10 to 15 times revenue, compared to prior averages of five to seven times revenue, according to Carrick Capital co-founder Jim Madden, who works out of the company’s headquarters in Newport Beach.

“As we’re looking to make new investments, we’re having to look through more companies. Some of the prices are just not sustainable.

“There is a ton of capital out there,” he told the Business Journal.

Madden first rose to prominence by founding Exult Inc., an internet-based human resources firm that he sold for about $900 million to Hewitt Associates in 2004.

In 2012, he co-founded Carrick, which has raised $800 million. The firm typically invests in software companies with annual sales of $20 million to $100 million and organic growth topping 15%.

Among its 13 current portfolio companies is Mavenlink Inc., an Irvine-based company whose revenue is growing up to 50% this year by providing software for service companies to streamline their project workflows.

• Carrick in 2016 made a $50 million investment in InstaMed, which makes software that connects consumers, providers and payers for healthcare payment transactions.

While InstaMed is based in Philadelphia, its co-founders Chris Seib and Bill Marvin have worked for at least a decade in Orange County, including maintaining a Newport Beach office.

Its sale contest attracted 30 bids, half of which were from larger companies and the other half from larger private equity firms.

JPMorgan eventually won, paying more than $500 million, according to CNBC.

“Having JPMorgan buy our company made me feel good,” Madden said.

Carrick reported an approximately 35% internal rate of return and a 2.7 multiple of invested capital from the deal.

• Carrick’s first investment was $28 million in 2013 in San Francisco-based Axiom, which has grown from a business that supplys lawyers to companies on demand to a provider of legal software services to larger businesses.

The firm, which reported $360 million in revenue in 2018, comprises 2,000 lawyers, process engineers and technologists that serve over half the Fortune 100 across 14 offices and five global centers.

After the split, the remaining part of Axiom was preparing to go public when it received unsolicited offers from large private equity firms.

Permira, a European private equity firm with about $47 billion in assets under management, made an undisclosed investment that Axiom described as “significant” and it has now dropped its IPO plans. In 2014, Permira bought a controlling share for $200 million in online legal service provider LegalZoom, which now has a $2 billion valuation.

The Axiom investment produced a 22% net internal return for Carrick.

• A few months after it spun off from Axiom, Knowable entered into a joint venture with legal information provider LexisNexis Legal & Professional, which is part of Relx PLC.

Carrick, which sold 90% of its stake in Knowable when the joint venture was formed, reported a 35% net internal rate of return and a sixfold multiple of its investment.

“It feels good” to sell the three companies, Madden said. “All three had really good returns.”

In the past year, Carrick has grown its workforce 50% to 30 employees, including nine at its Newport Beach headquarters.