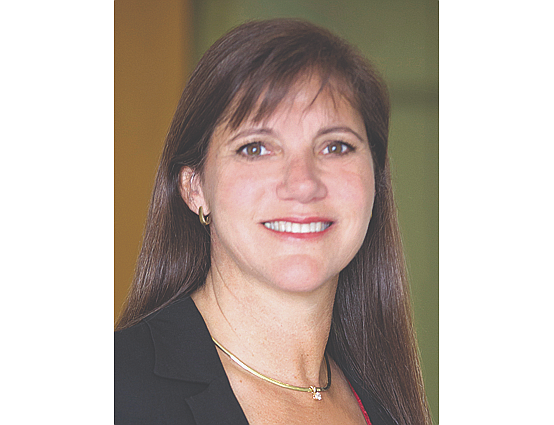 Morgan, Lewis & Bockius LLP is doubling down on Orange County, in particular the region’s growing base of technology and life sciences firms that need help navigating intellectual property, patent and trademark litigation and enforcement-related matters.

The Philadelphia-based global law firm nearly doubled its local presence in the last year, mainly with the addition of an intellectual property group from McDermott Will & Emery LLP.

Morgan Lewis added 43 employees to its Costa Mesa digs overall from Chicago-based McDermott, including about 20 attorneys, nine of whom were partners.

The Orange County group was part of a national IP team that joined from McDermott in Silicon Valley, Chicago, Houston and Washington D.C., for a total of 90 people.

The effort took several months of preparation and execution to pull off, according to Office Managing Partner Ellen Bancroft, but Morgan Lewis is well accustomed to bringing on large groups of people.

“This is one of the things Morgan Lewis does well,” Bancroft said.

She’s familiar with the process, having overseen the integration of a large team of lawyers from Bingham McCutchen in 2014.

The addition of McDermott’s attorneys wasn’t just a matter of adding desks.

It included transferring more than 40,000 physical files along with electronic materials, in addition to more space at Plaza Tower on Anton Boulevard. It now leases about 40,000 square feet across several floors of the high-end tower just blocks from South Coast Plaza, according to CoStar Group Inc. records.

Morgan Lewis took space in the tower another law firm had built out but not occupied, making the move much easier, Bancroft said.

The additional office space at the building—within strolling distance of Segerstrom Center for the Arts and the Westin South Coast Plaza—is one of the larger examples of office space growth for an area law firm here in years.

This growth was among the largest by local law firms last year—many of which expanded their local presence by double-digit percentage growth (see story, page 34).

It’s also the latest element in an ongoing and multiyear growth spurt in Orange County for the global firm, which in recent years has pursued more clients in the sports industry and high-level consulting work.

Morgan Lewis has estimated revenue of about $2 billion and more than 2,200 attorneys firmwide, regularly ranking in the top echelons of U.S. law firms.

Attorney trade publications and business journals in the cities involved were abuzz through last summer with talk of attorneys and employees moving to Morgan Lewis from McDermott—employing the standard term “raid” as a descriptor for the exodus. The official transitions were Chicago in August and OC in September, then Silicon Valley and Houston, concluding with Washington D.C. attorneys in January.

Boutique attorney firms have benefits, “but won’t have a national or global presence,” said Mark Itri, an IP partner at Morgan Lewis who came over in last summer’s shift after leading global IP prosecution, transactions and strategy at McDermott and serving on its management committee.

“The arrival of this team was transformational for our OC office and for our clients, who will benefit immediately from our enhanced range of elite IP services,” Bancroft said. “Having a complete IP team, with lawyers in Palo Alto, Chicago, and [Washington] D.C., allows for a seamless transition that will result in coast-to-coast advantages for our clients doing business in technology, life sciences, and other cutting-edge industries.”

Morgan Lewis had already been serving their corporate, litigation, labor and employment, and related needs, but its offerings can be expanded with the new team.

It gives Morgan Lewis, “one of the most commanding IP practices” globally with the local office becoming “a full-service firm for Orange County’s innovative companies,” Bancroft said.

All nine former McDermott partners who transitioned to Costa Mesa also have science and engineering backgrounds—Itri’s bachelor’s is in electrical engineering, for instance—so they come at IP with some depth of knowledge in the work itself, not just the legalese—which can be another touchpoint for clients.

“This is something we have locally been looking at,” Bancroft said, of growing its IP work. “Clients had previously been bringing in other firms to do those pieces; now we can serve this all within one firm.”

“We had to find a firm with a good footprint and reputation,” Itri said of what McDermott attorneys sought in the move. “We wanted one with a diverse practice and practitioners.”

“This is one plus one equals three,” Bancroft said.

Itri said his group began looking for a new home after McDermott shifted its strategy away from IP work. Morgan Lewis offered the right size, global presence and collaborative nature among its practices, he said. The group now allows Morgan Lewis to compete on the IP level with other local firms.

The largest local law firm by lawyer count, for instance, is Knobbe Martens, with some 150, and it specializes in technology and intellectual property work. One of its more notable local clients has been Masimo Corp., which is known as an aggressive defender of its innovations, and for which Knobbe has helped secure an estimated $1 billion in patent licensing revenue and infringement penalties over two decades.

“There’s plenty of business in this space,” Itri said.

Morgan Lewis said bringing in whole groups of people who can hit the ground running is part of its growth strategy. Bancroft was originally part of Brobeck, Phleger & Harrison, which Morgan Lewis absorbed more than 150 lawyers from in 2003. Bancroft officially joined the firm in 2013 before “the acquisition of a team from Bingham McCutchen” in November 2014—a massive undertaking that added 750 employees, including 226 partners, to Morgan Lewis’ roster, along with new global markets.

She’s worked on more than 70 public and private acquisitions, several exceeding $1 billion in value, and more than 50 registered public offerings.

In September 2017, Morgan Lewis brought on Jeff Moorad as a rainmaker for its burgeoning sports consulting, legal and business work.

Prior to this, Moorad was chief executive and general partner of the Arizona Diamondbacks and co-owner and chief executive of the San Diego Padres—negotiating the sale of the latter for $800 million in 2012—as well as co-owner for nearly 20 years at Steinberg & Moorad, a sports representation firm, with Leigh Steinberg, which at the time had the largest client practice in the National Football League and the second largest in Major League Baseball.

The Business Journal profiled Steinberg and his resurgence in the Feb. 4 issue.

Moorad has been a phenomenal addition, Bancroft said.

“We’re digging deep in this industry and expanding our number of sports-related clients,” she said. “It’s a unique role for Jeff that goes way beyond team sports. His network is so broad and he’s so much fun to work with.”

Overall, Morgan Lewis is “opportunistic in Orange County,” she said. “When you see great people, you’ve got to take advantage of that.”

Integrating its recent additions from McDermott is ongoing—the last group joined the global operations just two months ago—and remains a significant effort, though the number of attorneys added only bumped Morgan Lewis’ global total up by about 3%. The firm’s 2,200 lawyers and specialists are in 31 offices worldwide, and it has brought on similar big groups of people in numerous practice areas—tax, investment management, labor & employment, and more—around the globe.