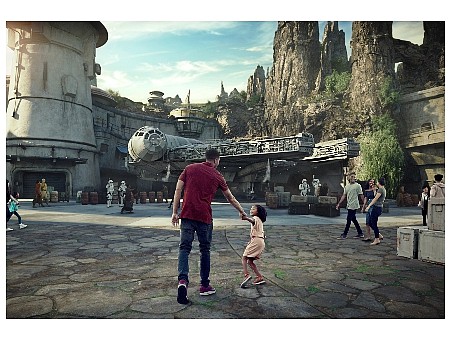 The first part includes food and retail and the first ride, Millennium Falcon: Smugglers Run. The second, “later this year,” offers Star Wars: Rise of the Resistance, which the company calls, “the most ambitious, immersive and advanced attraction ever imagined.”

A no-cost online reservation is required to visit the new park between May 31 and June 23.