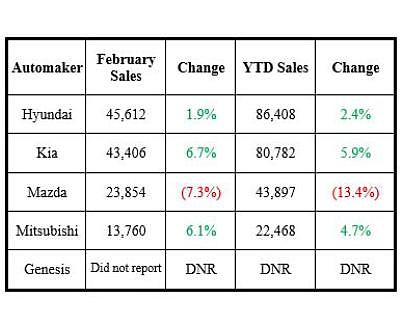 Hyundai Motor America in Fountain Valley reported a 1.9% increase in sales for the month, selling 45,612 units, while year-to-date sales were also up 2.4% with 86,408 vehicles. Last month marked the seventh consecutive month of increased sales, according to the automaker.

Irvine-based Kia Motors America sold 43,406 vehicles, up 6.7% year-over-year. Sales were also up for the year with 80,782 units, up 5.9%. It expects continued growth after last month’s first retail deliveries of its 2020 Telluride SUV.