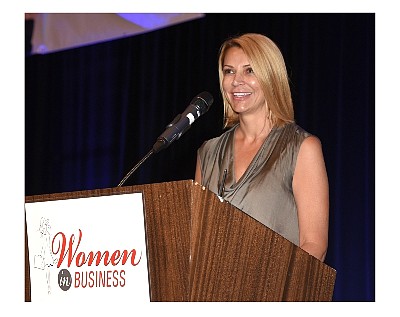 The zones allow investors to defer and avoid capital gains taxes on funds invested in designated communities. Some $5 billion in zone-related funds were invested last year; this year, the figure is projected to run close to $100 billion.

For Lisa Bhathal Merage and Alex Bhathal, the surge in development opportunities created by the zones—8,700 in the U.S., including nearly 900 in California and 27 in Orange County—has led to a new, well-capitalized business venture.

RevOZ—which stands for ‘revitalizing opportunity zones’—can invest upwards of $100 million over the next few years, according to Alex.

Those funds have the potential to support nearly $1 billion worth of development, bringing “capital to historically underprivileged areas,” Alex said.

The company will act both as a general partner and limited partner in its investments, he said. RevOZ is seeking deals with “qualified developers of institutional quality products,” according to a company statement.

The Bhathal siblings’ new venture has been a little over a year in the making.

“This has been taking up most of our time since March of last year,” said Alex, speaking at a meeting earlier this month with his sister and long-time business partner Lisa, at the Newport Center headquarters of the pair’s Raj Capital.

Raj Capital is the asset management platform of the Bhathals, one of Orange Country’s wealthier families.

RevOZ will be run under the Raj Capital umbrella, and should be the biggest source of new business for the family-run operations going forward.

“This is our main focus now,” said Lisa—creator of the Luxe by Lisa Vogel fashion line—and in 2015 the keynote speaker for the Business Journal’s Women in Business awards event (see special report, starting on page 23).

The transition from clothing manufacturing to real estate development is an extension of the family’s multi-generational business strategy, she said.

The Bhathal family “has always believed in real estate” as a business line, according to Lisa.

OC will be a focus for RevOZ, as parts of Costa Mesa, Santa Ana and San Juan Capistrano fall within the opportunity zones.

Sacramento also should be a hub of activity for the company, due to the Bhathal family’s ownership stake in the Sacramento Kings basketball team, and in several related real estate ventures near the new basketball stadium in that city.

To date, RevOZ has disclosed investing in one hospitality project—out of state. It’s putting funds into the Redmond Hotel, a historic property in downtown Redmond, Ore., that’s expected to get a nearly $12 million overhaul.

There are local ties to the project. Their partner in the Oregon deal is San Clemente’s Alpha Wave Investors, a hotel development and investment firm headed up by Ken Cruse, the former chief executive of Irvine-based real estate investment trust Sunstone Hotel Investors (NYSE: SHO).

The Business Journal reported on the acquisition of the hotel, now set for RevOZ-backed renovations, in July 2017.

The Bhathals have brought on a duo from another area real estate firm to help run the opportunity zone venture.

Ryan Parkin and Tom Parnell, two partners at Newport Beach’s Cress Capital, a commercial real estate investor that’s spent close to $250 million the past few years on a variety of value-add deals, are partners in RevOZ.

The company employs close to 400 people locally and is estimated by the Business Journal to do about $130 million in annual business.

The company designs, markets, and manufactures swimwear and activewear products under a variety of owned and licensed fashion brands, including Nautica, Hurley, Splendid, Basta and Athena.

As part of a family succession plan designed to let their parents retire, in 2006 Alex and Lisa led a private equity-backed buyout of the company, and took over operations of the company, which later changed its name to Raj Swim.

After navigating the company through the last recession, brand acquisitions and a corporate realignment in the face of a changing apparel industry, Alex and Lisa in 2016 quietly sold their stake in the clothing business to focus on Raj Capital, an alternative asset investment platform.

The family still has ties to the company; cousin Bira Bhathal is the swimwear maker’s chief operating officer.

The children still work with their semi-retired parents, who have offices at Raj Capital’s headquarters next to Fashion Island.

The Merage and Bhathal families’ investment activities are run separately.

In 2013, the Bhathal family invested in Sacramento Kings Basketball Holdings LLC, the company that bought and runs the NBA team, the new Golden 1 Center where the team plays, and other properties in downtown Sacramento.

Alex serves as executive director for the Kings holding company—whose other main investors are a pair of tech industry executives, Vivek Ranadivé and Paul Jacobs—and saw the potential of opportunity zones while working to redevelop the area around Sacramento’s new basketball stadium, which opened in 2016.

“We witnessed firsthand the impact of opportunity zone investing,” he said.

The stadium and an adjacent mixed-use area called DOCO—short for Downtown Commons—were designated as opportunity zones after the development was complete, but “we saw the spark that created jobs and economic growth,” he said.

The opportunity zones program allows investors to invest capital gains into projects in the designated areas, while deferring taxes for those investments made after Dec. 31, 2017, and through Dec. 31, 2026.

The tax deferment turns into a reduction of 10% if the investment is held for five years, 15% if held for seven years. After 10 years, investors can sell their stakes in the projects with no capital gains taxes on the transaction.