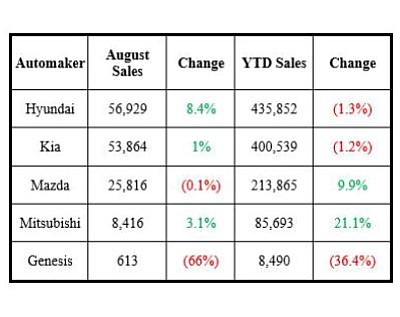 Irvine-based Kia Motors North America inched up by 1% selling 53,864 units for the month, but sales remain down 1.2% for the year, with 400,539 units sold. Vice President of Sales Operations Bill Peffer said its Rio, Optima and Sorento “closed the summer sales period with impressive year-over-year gains” and expects the momentum to continue with the release of its 2019 Forte.