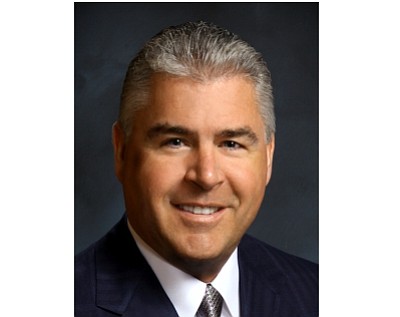 Steven Check believes he owns the most unusual investment firm in Southern California.

That’s because he usually doesn’t charge the standard 1% fee to manage funds. Instead, he takes a 10% cut of the investment profits.

“If we have a down year, we don’t get paid,” Check said during an interview at his Costa Mesa office, where’s he’s been for the past 23 years.

Investors have taken note. The firm’s assets under management have almost doubled in the past five years to $1.5 billion.

“Here’s a manager who gets paid only when he makes money. That strikes a chord with clients.”

Check is well-known in local investment circles for reasons outside his main business, having served as president of the CFA Society of Orange County, which he helped found in the 1990s.

Born in Wisconsin, Check grew up in Minnesota and earned a degree in engineering from Iowa State University.

“I was a Midwesterner who noticed many of my colleagues were taking jobs in California,” he recalled.

After a spring break in Orange County, he moved here in the 1980s, landing a job at Hughes Aircraft Co., which helped him earn a master’s in engineering at the University of California-Irvine.

“As an engineer, I had to figure out how to make money so I could afford the Orange County lifestyle.”

He began dabbling in investing, reading books by successful investors like Peter Lynch, who rose to fame in the 1980s.

Check eventually showed other engineers his investment style, saying “I back-engineered my way into what our strategy was.”

Co-workers asked him to manage their investments, as well, and in 1987 he started his firm, in part inspired by Orange County’s entrepreneurial spirit.

“People were interested in making money. That didn’t seem the case in Minnesota. You could feel the vibe of Southern California compared to the Midwest.”

Check had never heard of Warren Buffett until he was described as a hero by Lynch. After Check investigated, he became such a big fan that for the past 23 years he’s attended every annual meeting of the Buffett’s legendary Berkshire Hathaway Inc. (NYSE: BRK-A).

He has already booked 12 rooms for next year’s event. He’s thinking of taking 40 or 50 investors along with him.

His strategy is to select about 15 to 20 companies from a list of 150 that he will buy when they become relatively inexpensive. A key metric is a price to earnings ratio of 15; he aims to buy a stock when the P/E is around that level and sells it when the P/E gets to 20, a strategy that typically results in doubling his profit, he said.

He said his portfolio’s turnover is a relatively low 25% a year.

He likes firms that are leaders in their fields and have annual earnings topping $100 million. Besides Berkshire, his top holdings include FedEx Corp. (NYSE: FDX), CarMax Inc. (NYSE: KMX) and Brookfield Asset Management Inc. (NYSE: BAM). It’s lost money on only two companies since 2010, he said.

“If we can eliminate the losses, the gains will take care of themselves.”

He recommends investors avoid hiring actively managed funds with 50 to 100 stocks, saying such funds are more like indexes and thus have a harder time outperforming their benchmarks.

“When you own a focused portfolio of 15 to 20 stocks, we’ll be off the benchmark more often,” Check said. “We feel the 15 or 20 best companies is better than the 50 best companies over the long term.”

Nowadays, his 13-member firm has attracted 1,500 clients with an average net worth of $2 million to $3 million. None of his clients has more than $20 million under Check's management, he said.

About 15% of his clients opt to pay the typical management fee of 1% of assets. The remainder stick with the model of profit sharing. Many clients are engineers who understand his philosophy, he said.

“Usually in a down market, we hold up better,” Check said.

He estimated the firm has a down year on average every five years. While employees still get paid a salary, he doesn’t make money. He’s expecting the market will fall 20% to 30% at some point in the next two decades.

Check, who has lived in Costa Mesa for more than three decades, has no plans to move, saying the OC weather is “a lot nicer” than investment centers like New York City, where “you have everyone whispering in your ears” about investment ideas.

He plans to keep his current payment structure, which he said is unique to Southern California.