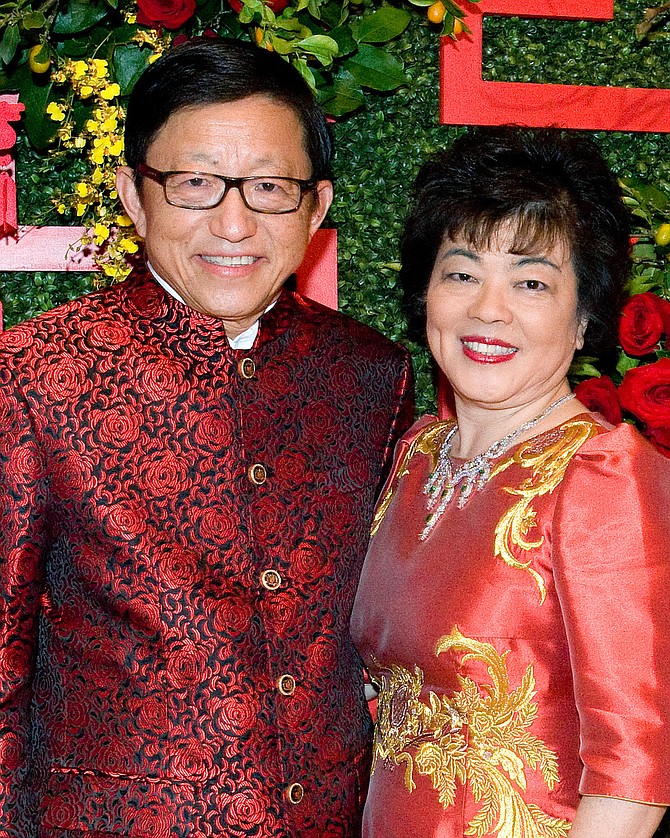 OC’s chapter of the Association of Fundraising Professionals honored nine of the county's outstanding givers at the annual National Philanthropy Day luncheon Thursday before a crowd of 700 at City National Grove in Anaheim—part of a day of recognition, nationwide.

Among the 2018 recipients were Pick Up Stix founder Charles “Charlie” Zhang and his wife Ling. Ling emigrated from Taiwan in 1978, clarinet-player Charles from Shanghai in 1980. Charlie turned from music to entrepreneurship and, later, investing and philanthropy; the arts are a favored area of giving.

“We came to this country with nothing,” said Charlie. It “opened its arms and gave us opportunity. It’s our turn to give back to the great land we love.”

The Zhangs then went off script and sang “God Bless America,” supported by a chorus of 700.

The Ginny and Peter Ueberroth Family Foundation received the Legacy award from the group.

A panel of community leaders judged more than 100 nominees.

• Bank of America, as Large Business

The Orange County Business Journal was presenting sponsor of the event.