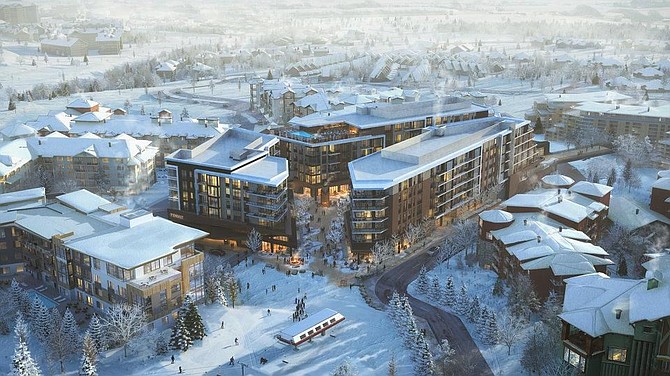 Both hotel and resort operators are units of Montage International in Irvine. Montage has nearly a dozen resorts in development or open, typically aimed at the senior executive set and up, including spas and for-sale homes. A room at its Laguna Beach resort can easily cost $1,000 a night. Pendry is the parent company’s lifestyle hotelier, still luxed-up but aimed at senior execs’ hipper, younger colleagues or kids with features like rooftop bars and craft whiskey.

The two brands manage independent properties—the generally more vacation-oriented Montage is in Cabo San Lucas; the more urban Pendry is in Baltimore, and one is planned in Manhattan—but the two also co-locate; the Park City properties will be about five miles apart.

Construction is scheduled to start on Pendry Park City next summer and open in the winter of 2021, offering 150 rooms and suites, as well as residences—studios to four-bedroom homes—a spa, and a rooftop bar and swimming pool.

Pendry is project co-developer with Dublin, Ohio-based Columbus Pacific Properties, which has two other projects in Park City, according to its website.

Park City is a 7,300-acre swath run by Broomfield, Colo.-based Vail Resorts and described in press materials as “the largest ski area in the country [with] 348 trails, four terrain parks, eight mountain peaks [and] average annual snowfall of 356 inches.”

Montage was founded by Chief Executive Alan Fuerstman; Pendry is run by his son Michael.