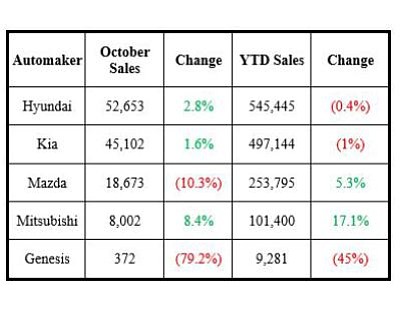 Sales by OC automakers were mixed in October with three of the five local companies reporting an increase.