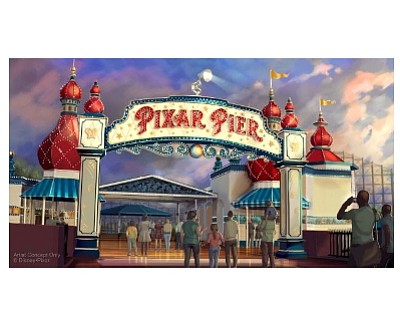 Walt Disney Co.’s parks and resorts unit, which includes Disneyland Resort in Anaheim, reported quarterly revenue of $4.9 billion, up 13% year-over-year, and operating income of $950 million, up 27%.

Results benefited in part “from a shift in the timing of the Easter holiday”—boosting travel to the theme parks and hotels—as well as higher ticket prices and average daily room rates, attendance increases and sponsorship revenue growth. Revenue growth was offset by higher costs, including labor and investments in attractions and technology.

The “parks business and movies are the star,” said Jerry Braakman, chief investment officer at First American Trust in Santa Ana. “The parks segment has tremendous staying power” while units such as media are sometimes hit by a new trend, changing consumer tastes, or a poor-performing movie.

He expects the parks’ performance to continue.

“Park attendance is discretionary spending,” and an improving economy should boost attendance and spending in future quarters. “People have money in their pockets … and they’re willing to spend it on Disney.”

First American Trust is a private money manager with about $1.3 billion in assets under management and a unit of Santa Ana financial services and title firm First American Financial Corp.

The trust owns Disney shares for its clients.