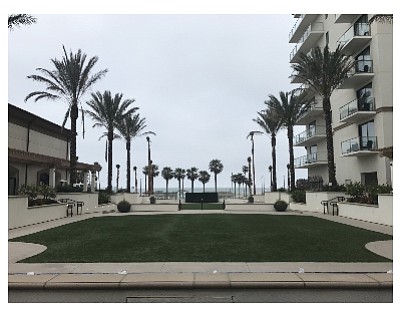 The May 7 event at Waterfront Beach Resort, a Hilton Hotel, in Huntington Beach was the association’s 10th annual gathering of county hotels, destination marketing organizations and others. About 200 attended at Waterfront Resort’s newly opened Twin Dolphin Tower area.

Following remarks by Supervisor Todd Spitzer—standing in for last-minute scratch, Board Chairman Andrew Do, and riffing on everything from OC’s local baseball team to the value of John Wayne Airport to how to build a brand—OCVA Chief Executive Ed Fuller brought Adam Sacks to the podium for a data-based presentation.

Sacks is founder and president of Tourism Economics LLC in Wayne, Pa., owned by United Kingdom-based Oxford Economics Ltd. and a main numbers-cruncher for OCVA.

He connected global and U.S. economic trends to OC numbers. Among the details:

• Families earning more than $35,000 and more than $100,000 annually are growing in the U.S. and in key OC feeder markets, such as China, which bodes well for future travel here.

• U.S. companies are increasing capital expenditures for the first time in three years, including for travel and meeting activities—which means more corporate group business at hotels.

Sacks also noted the two age cohorts with the highest recent increases in travel spending—and the most money to spend overall—are those ages 65 to 74 and 75 and above, 23% and 24%, respectively—besting the fabled millennial traveler, ages 25 to 34, whose spending was lower overall and grew only 20%.

He said U.S. tax reform last year and an omnibus spending bill this year will kick travel up a notch and that the revenue per available room that hotels earn is coming from higher room prices—which makes occupancy a slightly less volatile factor.

“Growth in RevPAR is coming from rates,” Sacks said.