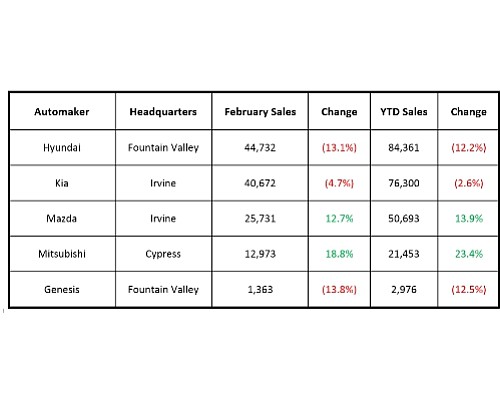 Hyundai Motor America and Hyundai’s Genesis brand reported a drop in sales in both categories as did Kia Motors America Inc.