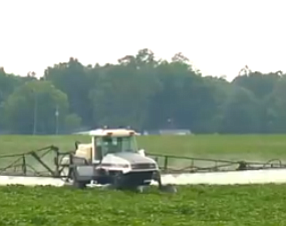 An American Vanguard Corp. subsidiary acquired the Bromacil herbicide business of Bayer Crop Science in the U.S. and Canada. It bought the rights outside of these markets from DuPont Crop Protection in 2015.

Financial terms of the recent deal were not disclosed.

Bromacil is an herbicide used, among other applications, on crops including pineapples, citrus, agave and asparagus; it’s marketed under the names Hyvar and Krovar.

Newport Beach-based American Vanguard bought the line through its AmVac Chemical Corp. unit. Bayer AG is based in Germany; its U.S. crop science division is in North Carolina. DuPont’s crop unit is part of E. I. du Pont de Nemours and Co. in Delaware.

AVD traded recently at about a $687 million market cap.