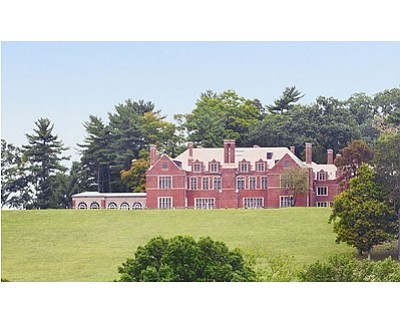 A Pendry Hotel planned for a 2020 opening in Somerseet County, New Jersey, will include 24, for-sale residences on land once fit for a king.

Pendry Natirar will offer homes up to 4,000 square feet and selling for $1.4 million to $3 million. The 90-acre property’s 33,000-square-foot manse—originally finished in 1912, recently restored and once owned by the late King Hassan II of Morocco—will be developed into a luxury hotel with 66 rooms, a spa, private club and 13,000 square feet of meeting space. The property currently contains a farm, restaurant, cooking school, and banquet facility.

Natirar is the fifth Pendry open or in-development; San Diego and Baltimore are open; La Quinta and Manhattan are in-development, along with this one.

Pendry’s move to offer for-sale homes is in line with a returning trend in hotel development. Recent news reports have remarked on the development of for-sale properties at hotel projects, though generally in the form of condos, an element that had some heft prior to the 2008 real estate recession.

A hybrid approach has also emerged: the new Lido House on Balboa Peninsula has five, for-rent, 3BR cottages that look and feel like homes but are part of the inventory at the boutique hotel.

Both companies are owned by Montage International in Irvine: Pendry Hotels is its lifestyle division and Montage runs resorts, including Montage Laguna Beach.

Pendry Natirar is on 90 acres; another 400 acres around the property is protected land on the Raritan River. Natirar is owned by developer Robert Wojtowicz,