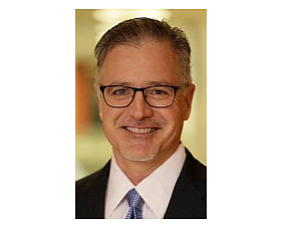 “Banks—more than ever before—need to come to terms with the escalating costs of compliance and Exiger’s industry-leading, AI-powered solutions, have set them apart in creating unprecedented efficiencies while meeting regulators requirements for consistency and auditability,” Mike Salvino, managing director of Carrick and a newly appointed Exiger board member, said in a statement.

Exiger was co-founded by Mike Cherkasky, who became well-known on Wall Street as a chief executive of insurance giant Marsh & McLennan Co. and as a prosecutor who took mobster John Gotti to court and lost. The Exiger chairman is the current overseer of HSBC Holdings PLC’s money-laundering prevention.

“Carrick’s capital and business-building expertise will help us accelerate what is already an incredibly fast-growing company,” he said in the statement.

Carrick co-founder Jim Madden told the Business Journal last month that his firm typically invests in software and services providers with revenue of $20 million to $100 million and aims to scale the businesses.