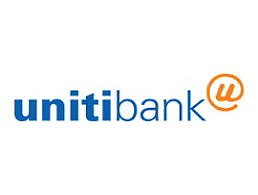 Uniti Financial Corp., the largest Korean-American based bank in Orange County, is being bought by Walnut Creek’s BayCom Corp. (Nasdaq: BCML), the holding company for United Business Bank, for $63.9 million.

Buena Park-based Uniti (OTC: UIFC), which also has branches in Fullerton and Los Angeles’ Koreatown, had approximately $343.6 million in assets as of Sept. 30. After the transaction, which is expected in the second quarter of 2019, the combined company will have approximately $1.8 billion in total assets.

“From a strategic perspective, we think Uniti Bank is a great fit,” BayCom Chief Executive George Guarini said in a statement. “Uniti Bank represents an opportunity to add to the breadth of our multi-cultural client base,”

Uniti, whose chairman is Steve Yong Oh and CEO is Jack Choi, began in 2001. It is the 12th largest bank by assets based in Orange County, according to a Business Journal list published in November.