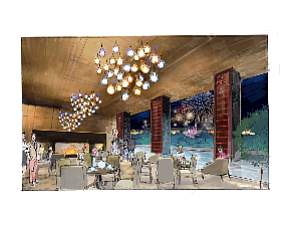 A letter from Disneyland Resort President Josh D’Amaro to Anaheim Mayor Tom Tait and the city council asking to end an agreement that would provide bed tax rebates from a planned luxury hotel shifts a debate in the city for several developers.

D’Amaro said in the letter, “we are asking the city to join us in terminating” the deal, which the council could do as early as next week, news reports said.

Disney would be reimbursed an estimated $267 million over 20 years from payments of the city’s transit occupancy tax on hotel stays. Attorneys for Disney and the city exchanged letters this month over the future rebates because the physical location of the planned hotel on Disneyland Drive and near Downtown Disney had moved 1,000 feet closer to the retail and entertainment district.

Also figuring into the discussion is a November ballot measure in the city that if approved would raise the minimum wage to $18 for workers at hotels receiving the tax rebate.

If the deal is ended, Disney could choose not to build a hotel, build a luxury hotel without incentives, or build a hotel that didn’t meet “four diamond”-type standards the city has set for properties that want to get the rebates.

It has said the new project is on-hold.

Other developers have similar projects planned

• Affiliates of Hong Kong developer Wincome Group are under construction on Westin Anaheim Resort near Anaheim Convention Center, and plan a second luxury hotel on Harbor Boulevard across from the amusement parks. Both are in line for the rebates after they open.

• A joint venture between Prospera Hotels Inc. in Orange and O’Connell Hotels & Hospitality in Anaheim are building a JW Marriott—part of the tax rebate program—near the GardenWalk restaurant and shopping area, and plan a second similar project once the first one opens.

“Our first hotel is under construction,” said developer Bill O’Connell. “Our second is in jeopardy.”

He cited rising construction costs in general and the November ballot measure specifically for uncertainty over the second project. He said costs at luxury hotels receiving rebates would rise across the board if the measure passes.

“Nobody wants to make (just) minimum wage,” he said. “And it goes up annually.”

He said a lower-quality hotel is one option for the second project.