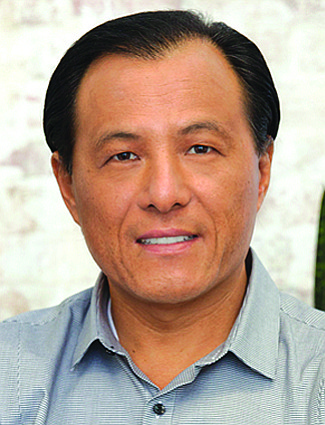 Hey, did you hear the rumor about Amazon.com Inc. buying loanDepot of Foothill Ranch?

“Just talked to an industry titan who asked if we are under an agreement to sell to Amazon,” Hsieh wrote on his personal LinkedIn blog in June.

“I responded, how much was the deal for? Rumors are simply amazing, and this one is a good one.”

The post wasn’t quite a denial. Thus, during a recent interview with the Business Journal, Hsieh declined to comment on whether Amazon has approached him.

What can’t be denied is his leap onto the Business Journal’s list of the wealthiest people in Orange County (see separate article, this page).

Based on his ownership of 51.5% of loanDepot, whose parent name is LD Holdings Group LLC, we estimate his wealth to be $2 billion (for more details, see his entry in our Special Report).

How does it feel to be a billionaire?

“I feel the same,” the 53 year old said. “There’s nothing different. I come from a humble background as an immigrant.”

Hsieh’s parents were born in mainland China and fled to Taiwan during the communist takeover in the late 1940s.

They immigrated to the U.S. when Hsieh was 8, and he grew up in Fullerton.

Hsieh, who still wakes at 4:30 a.m. daily, credited his parents for his work ethic.

“Watching your immigrant parents struggle and adjust to a new system, a new culture, a new society, you tend to have a different perspective.”

He described himself as “a terrible student” while earning a business degree at California State University-Fullerton.

“I didn’t know what the heck I was going to do” until a friend invited him to become a mortgage lender at age 21. He recalled taking his first loan application on a typewriter.

Four years later, he wanted to try owning his own mortgage company, so he made the owners an offer of $30,000 and extra payments over two years.

“To my surprise, they said yes, and overnight, I became a business owner,” he said. “It was quite a baptism by fire.”

All of a sudden, he had 30 employees and a company with previously undisclosed liabilities, including lawsuits that took him a decade to resolve.

He changed the name to loandirect.com, which he said was the world’s first internet-based financial services company. He sold it in 2001 to E-Trade Financial Corp. for shares worth about $51.5 million.

At 35, he had every intention of retiring and spending his time fishing, a life-long passion. Then he discovered what ails many entrepreneurs who sell their companies.

He founded HomeLoanCenter.com, selling it for an undisclosed price to IAC/Interactive Corp., which merged it into Lending Tree.

Hsieh worked there for three years, and when he left, he had a noncompete clause of more than two years. While he chafed at the restriction, it turned out to be fortuitous because he was able to avoid the 2008 financial crisis, which devastated numerous mortgage firms.

“I knew we were going through a cycle. I didn’t know it was going to be this big financial crisis,” he said.

“I’ve been lucky in my journey so far.”

In 2010, he started loanDepot as “a way to do something.” He didn’t have an idea it would become “a monster of a company.” It’s generated more than $135 billion in loans and last year had $1.3 billion in sales and 6,800 employees. It’s become the second-biggest nonbank retail mortgage originator in the U.S., behind only Quicken Loans Inc.

“LoanDepot has a good reputation in the industry as a well-run nonbank that has capitalized on technology and streamlining,” said Guy Cecala, publisher of Inside Mortgage Finance, a newsletter that tracks the industry.

“Many people who come to loanDepot for financing do not have a real estate agent yet,” Heller told the Business Journal. “LoanDepot has a lead-generation machine.”

LoanDepot also started the Home Services unit to provide contractors with the ability to offer on-the-spot financing to homeowners. It’s a popular niche on Wall Street, which has given a $3.6 billion valuation to Atlanta-based GreenSky Inc.

What has been Hsieh’s key to success?

“I was fortunate to be born in the right time,” he said. “Mortgage lending has had a lot of traditions that could be improved, especially with the technology changes over the past few years.

“Sometimes you get lucky in life.”

It’s not all smooth sailing. In recent months, some top executives have left the company, and Hsieh sometimes flashes a temper among employees. On a webcast last year, he discussed the battles he’d had with Chief Technology Officer Dominick Marchetti over an $80 million investment in its new technology platform, mello.

“There were many times when Dom and I almost went to blows with each other,” Hsieh said at the time. “Since then, we’ve settled down.”

Rising interest rates have caused a 21% downturn in the industry’s first-quarter originations, according to Inside Mortgage Finance. Rumors of consolidations are rife, said Cecala of the newsletter.

“If Amazon wants to get into mortgage lending, loanDepot is the quickest and easiest way to do it because it has a high-tech platform.”

Despite the headwinds, the company is still on track for similar sales this year and doesn’t plan a workforce reduction this year, Hsieh said.

While loanDepot’s $8.42 billion in loan originations in the first quarter was down 17% from the fourth quarter, it was still a 13% year-over-year improvement while the industry dropped 2.6%, according to Inside Mortgage Finance.

“Our company is going to increase market share this year,” Hsieh said. “So far, the company is doing fine.”

One reason for the confidence is the company’s technology, which enables customers and employees to conduct much of the paperwork-intensive mortgage approval process online. The mello technology gives it an edge over competitors, which are unprepared for the coming shakeout, Hsieh said.

In 2015, loanDepot halted its initial public offering at the last moment, deciding market conditions weren’t right. Hsieh said it’s “always” considering an IPO and that “one of these days, we’ll pull it off” to go public.

On the other hand, potential buyers are “constantly” making offers because it’s a “financial technology company.”

Hsieh said, “We’re in the very front of the pack” of mortgage companies being made offers.

“We’re not ready to hang it up. We’re going to stay independent as long as we can.”