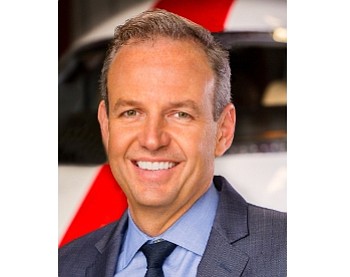 Charter airline JetSuite Inc. plans to move its headquarters from Irvine to Dallas as part of growing JetSuiteX, its scheduled charter division.

JetSuite has about 300 employees, with 60 in OC and the rest, often pilots and related personnel, based around the country. Some 30 workers are moving from here to Dallas by September, said Alex Wilcox, chief executive, including he and the company’s C-suite, and corporate staff such as “finance, IT, sales, and marketing.”

JetSuite has about 17,000 square feet across the street from John Wayne Airport; it will add a similar amount of space in Dallas, in part to accommodate planned growth in JetSuiteX.

JetSuiteX’s “scheduled charter” flights are pre-published, just as in commercial flying and in contrast to the on-demand nature of conventional charter operations. The flights leave from fixed based operators, cutting the amount of time passengers spend in airports.

“Our market is anyone who values their time,” Wilcox said. “We want to improve short-haul travel and there are hundreds of markets all across the country where that’s needed.”

JetSuite said this week Qatar Airways had invested in the company and JetBlue Airways Corp. had increased its stake.

Money from those investments will go in part to buy more planes for JetSuiteX, which currently has five, 30-seat Embraers; Wilcox’s goal is to grow the fleet to 100 planes by 2023.

The five-year value of the investment in a fleet that size will approach $500 million.

The companies are moving to take advantage of lower costs and more aviation infrastructure in Dallas, Wilcox said, and to better separate the two parts of the business as scheduled charter surpasses its conventional charter cousin by revenue.

As JetSuiteX plans to cut flight time for its passengers, Wilcox’s move to mid-America should shave company schedules, as well.

“The biggest driver is geography,” Wilcox said. “Supporting East Coast operations from California is difficult; from Dallas you can get anywhere in the U.S. in three hours, and it’s a day trip.”