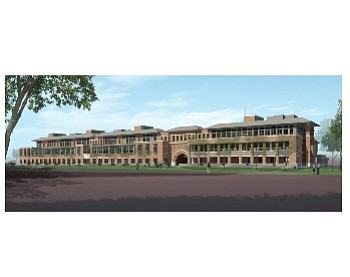 Rendering: Keck Center for Science and Engineering at Chapman

Chapman University said a $20 million gift from the Los Angeles-based W. M. Keck Foundation will name a future science building at its main campus in Orange as the Keck Center for Science and Engineering.

The gift is the largest commitment from the Keck Foundation to an Orange County recipient, according to Chapman.

“Having our most ambitious structure to date named for the W.M. Keck Foundation is a testament to the foundation’s commitment to science and engineering in the greater Southern California area,” Chapman University President Daniele Struppa said in a release. “Chapman is honored to be among other Keck beneficiaries in the region. The support from Keck will help us to take our place among the most established institutions in the country.”

The foundation has contributed to scientific and medical research and education throughout Southern California with its grants, including the Keck School of Medicine at USC.