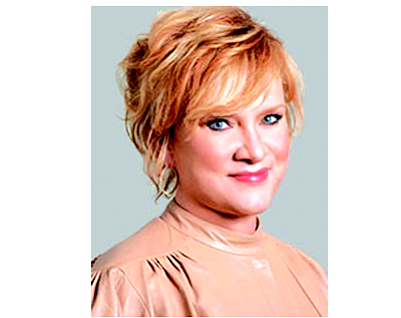 Irvine-based Arbonne International LLC said today that Chief Executive Kay Zanotti has been awarded the 2017 Procter and Gamble Company Alumni Awards’ McElroy Award, recognizing her “significant contributions to the art and science of satisfying the consumer.”

Arbonne International creates personal care and wellness products from botanical ingredients. They are sold online and through a network of independent consultants around the world.

Zanotti was formerly vice president of Cincinnati, OH.-based Procter & Gamble Company, where she was head of the North American Pharmaceutical division and the Corporate Women's Health & Vitality platform. At P&G Zanotti oversaw the launch of Actonel, a drug for prevention and treatment of osteoporosis, and guided the product to $1 billion in annual sales. She has been the chief executive of Arbonne and president of its natural products group since 2009.

Zanotti received the award at the P&G’s 2017 Global Conference in Cincinnati. She was honored for her leadership at Arbonne, where she steered the company through Chapter 11 bankruptcy in January 2010 to a 14% growth rate over the past five years, according to the privately-held company.

Arbonne International was founded in Switzerland in 1975 and expanded to the U.S. in 1980.