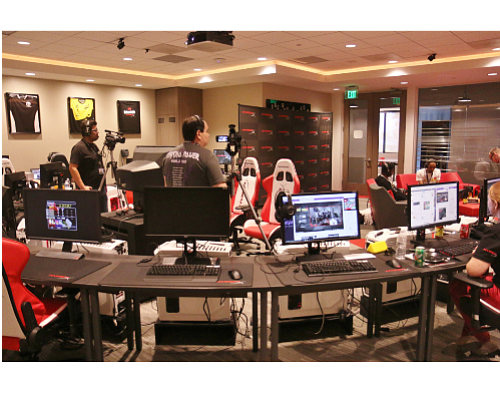 The gaming division of Fountain Valley-based Kingston Technology Inc. has been named the official headset partner of the Philadelphia 76ers.

The designation for HyperX marks the company’s first NBA sponsorship.

Under the deal HyperX will participate in a range of in-game activations during the 2017-2018 NBA season including courtside and LED signage and branding, scoreboard and concourse exposure and HyperX-branded giveaway nights.

The Kingston unit today also announced another sponsorship of esports franchise Team Dignitas, which was acquired by the 76ers last year and operates under the banner of Harris Blitzer Sports & Entertainment. The venture includes the New Jersey Devils of the NHL and its stadium, Prudential Center.

Last year HyperX signed NBA star Gordon Hayward, who inked a four-year, $128 million deal with the Boston Celtics in the off-season. HyperX followed up that signing this year with hyped Sacramento Kings point guard De’Aaron Fox, the No. 5 pick in the draft.

The HyperX gaming unit is a key driver for parent Kingston, the world’s largest memory products maker for computers and consumer electronics, with estimated revenue last year of $6.6 billion.