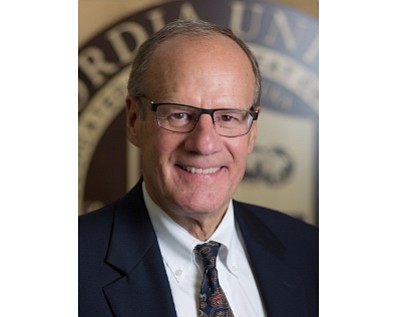 Concordia University Irvine President Kurt Krueger will step down on June 30 at the end of the 2017-18 academic year.

His career in higher education, as a scholar and administrator, spans more than 46 years. He’s been at Concordia, a private Lutheran Christian university, for the past 27. The university said it board of regents will lead the search for a new president.

Krueger, the university’s fourth president, took the position in 2010. He served as president of the entire Concordia University system from 2005 to 2010. The system is an organization of 10 colleges and universities across the country operated by the Lutheran Church-Missouri Synod.

During his years as Concordia University Irvine’s president, Krueger nearly tripled the university’s endowment from $10.2 million to $29.9 million, one of several goals he set from the beginning of his appointment, according to the university. The university also experienced the largest student enrollment its 40-year history. The latest numbers it provided are from 2011, when there were 3,250 students. Today Concordia has approximately 4,400 students.

Krueger told the Business Journal that Concordia is “well-positioned at this time for a transition in leadership, as we've enjoyed record enrollments and solid financial results over the last seven years.”

“We also have an exceptional and experienced leadership team in place ready to support Concordia's next president,” he said. “I have thoroughly enjoyed my 27 years at Concordia and consider it an honor to have served the university in its mission to provide an excellent Christian university education to thousands of students throughout the world."

He told the Business Journal he’s retiring because he’s reaching the “very retire-able age of 70 and grandchildren are calling."