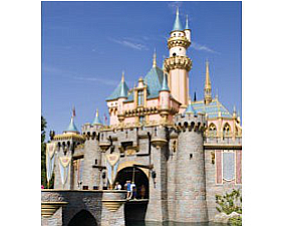 Walt Disney Co.’s parks and resorts segment reported higher quarterly and annual revenue—the only one of the entertainment giant’s four business units to do so.

Disneyland Resort in Anaheim is part of Disney’s parks and resorts division, though the company doesn’t break-out results for individual properties.

Various media reports cited record attendance in Orlando at Walt Disney World and improved profits at the parks in Shanghai and Paris.

The segment reported operating income of $746 million for the quarter and $3.8 billion for the year, up 7% and 14%, respectively, compared with the same period last year.

The other three segments—media networks, studio entertainment, and consumer products and interactive media—reported quarterly declines in revenue and operating of 3% to 43% and annual dips of 1% to 13%.

Shares in the company (NYSE: DIS) trade recently at about a $158 billion market cap.