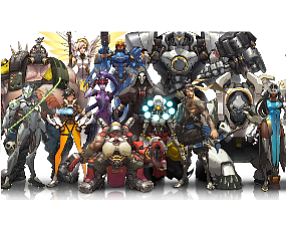 Booming sales of the first-person, futuristic shooter “Overwatch” and an uptick in “World of Warcraft” subscribers boosted revenue in the first quarter for Blizzard Entertainment Inc.

Chief Executive Bobby Kotick singled out “Overwatch” for the solid performance in a released statement.

The game, released about a year ago on PlayStation, Windows and Xbox One—Blizzard’s first launch on the Microsoft Corp. console—took less than 12 months to become a $1 billion business, shattering company records along the way.

The game added five million players in the first quarter to top more than 30 million. It is the foundation for this year’s launch of the Overwatch League, which could rival the largest esports competitions in the world.

WoW, which has lost millions of subscribers the last few years, rebounded with the Aug. 30 release of “World of Warcraft: Legion,” the sixth expansion set of the flagship role-playing game.

Gamers pay about $15 per month to play WoW online with friends and foes across the globe.