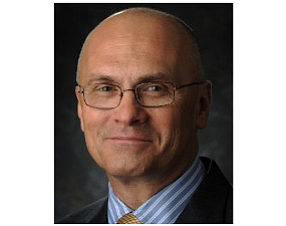 CKE Restaurant Holdings Inc. Chief Executive Andrew Puzder will step down from his post next month and be replaced by Jason Marker, who most recently led U.S. operations for KFC Corp.

Privately held CKE owns the Carl’s Jr. and Hardee’s fast food chains; Carl’s Jr. was founded in Anaheim and maintains a presence there with about 275 employees.

CKE has been based in Carpinteria but is moving its headquarters to Nashville, Tenn. It has said it will also keep its OC offices.