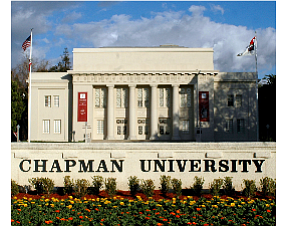 Chapman University today named the newest members of its Board of Trustees and Board of Governors.

The new governors are two Chapman alums, Dustin Kemmerer, president of Park West Landscape Management, and attorney John Sanders, as well as Robin Follman-Otta, who has a deep background in the arts.

The new members will join a 27-member board.

All the new trustees and governors are additions. They are not replacing anyone, according to a university spokesperson.