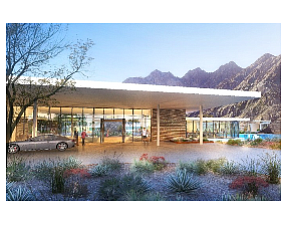 Montage International in Irvine and lead developer Robert Green Co. in Encinitas said the companies would break ground this summer on the $360 million SilverRock Resort in La Quinta.

Montage Hotels & Resorts and Pendry are divisions of Montage International that attract different travelers. The resorts aim at a luxury guest while Pendry has to-date targeted a “lifestyle” hotel guest.

Montage has five resorts in the U.S., with one under development in Mexico; a Pendry hotel opened last month in San Diego and the second opens this month in Baltimore.

The project is anchored by an existing Arnold Palmer Signature golf course that will be renovated as part of the work.

Robert Green Co. signed on to the project in 2014, according to news reports. The resort’s development had been delayed by various factors over previous decade, including the real estate downturn in 2008.

The city of La Quinta owns the land and golf course, which is run by Landmark Golf Management LLC in Indian Wells.